Plan your moves to enjoy all the grooves at Treefort!

The Treefort 2021 schedule is a living & breathing document. Don’t be surprised to see additions or changes as the festival nears. Download the Treefort App to make your own schedule and share it with friends!

Treefort 9 is bringing 434 bands and artists to 23 venues throughout Downtown Boise, half of which are all ages spots!

Need to catch up on second announcement? Click here.

For a full list of artists, scope out our lineup page or scan the lineup poster below.

The first live music show of Treefort 9 will be at 4:30pm on Wednesday, September 22nd at Main Stage — that’s right, Main Stage is open all five days of the fest! Following the kickoff will be stacked lineups in several other venues designed for various tastes before the Treefort world expands on Thursday with additional fort programming and buzzing venues all over town…more on all of Treefort’s 11 forts coming soon!

If you’re in a time crunch or prefer a bite-sized version of the festival get your Single Day or Main Stage Only tickets available Friday, July 16 at 10am MT, select individual venue tickets will be available as we get closer. For the full experience *10/10 would recommend* be sure to get your 5-day festival pass before September 1st to save $20.

Zoom to the front of every line with your ZIPLINE pass! Like every year, this exclusive wristband will sell out. We want to see all your faces out in the crowd so don’t snooze…get them now while you can!

NEW ADDITIONS TO THE LINEUP 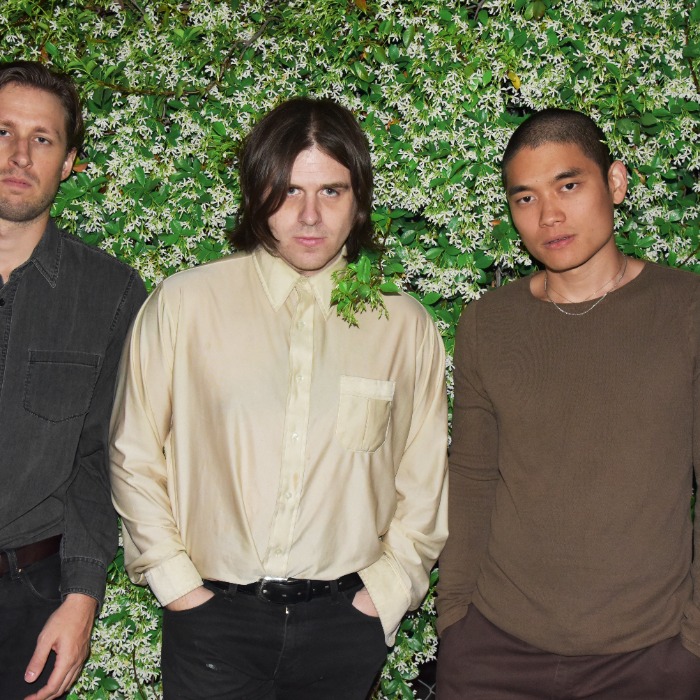 Within the fertile West Coast rock scene of the 2010s, Meatbodies’ Chad Ubovich was a perennial candidate for MVP. Over the course of the decade, the Los Angeles native could be seen peeling off guitar solos in Mikal Cronin’s backing band, supplying the Sabbath-sized low end for FUZZ, and, of course, fronting his own Meatbodies. That recently dormant noise-damaged freak-rock outfit now returns with 333, a corrosive stew of guitar scuzz, raw acoustic rave-ups, and primitive electronics. When COVID hit, Ubovich discovered a cache of demos that he and Fujioka had recorded in his bedroom back in the summer of 2018, and he liked what he heard. In contrast to Meatbodies’ typical full-band attack, it was deliriously disordered. After subjecting them to some mixing-board freakery, Ubovich fast-tracked the songs into becoming Meatbodies’ third release, 333. 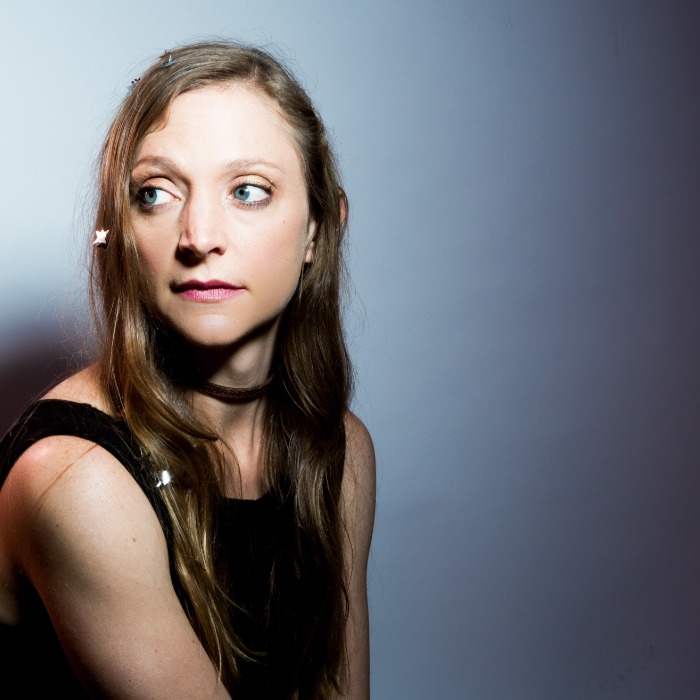 American Songwriter describes Eilen Jewell as one of America’s most intriguing, creative and idiosyncratic voices. The Boise, Idaho songwriter leads a tight quartet that blends influences of surf-noir, early blues, classic country, folk, and 1960s era rock ’n’ roll. For well over a decade, they’ve toured relentlessly for legions of fans from Boston to Boise and Madrid to Melbourne, playing large festivals, theaters, rock clubs, and coffeehouses. In addition to six of her own full-length albums, Jewell has released two albums with her country-gospel side-project, the Sacred Shakers; a tribute album to Loretta Lynn titled Butcher Holler; and a recent album of rare blues covers, Down Hearted Blues.

Against all odds, Fake Fruit’s self-titled debut was released 3/5/2021, on Sonny Smith’s Rocks in Your Head Records. Despite the global pandemic’s impact on live music, Fake Fruit have still managed to turn heads, earning accolades from the likes of Bandcamp, Brooklyn Vegan, Post-Trash, and more. 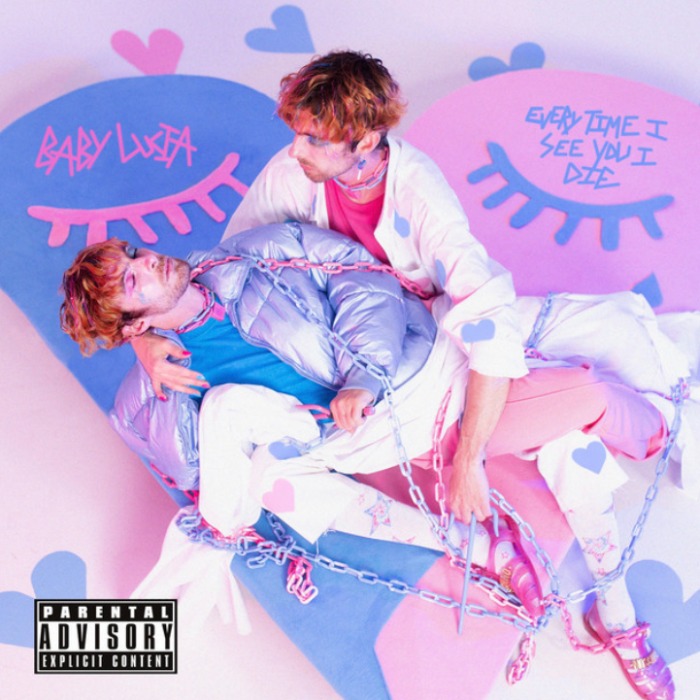 Baby Lucia is non binary artist from Boise Idaho. They have recently struggled with addiction and mental health and this project formed through their recovery. Lucia, meaning light, is a name they grew close to as they are coming into a new being and a new light through their struggles and they hope to make you all feel less alone through their music.

Their debut album Every Time I See You I Die is about shedding off your old self. Lucia started writing each song with someone else in mind and then every song ended up being about the parts of their self they wanted to leave behind. It’s an album about self reflection, death of ego, addiction, and mental health.

Cat Hoch is a multi-instrumentalist out of Portland, Oregon creating dreamy, jazzy, psychedelic pop music. TEMPTATIONS released in October 2020, is now available for streaming and vinyl on Amplus Records.

Look What You Found was self- released in October 2015 and recorded by Riley Geare (former member of Unknown Mortal Orchestra). Because of the local and national success of the release she has recently played shows with PORTUGAL, THE MAN, The Horrors, TELEVISION (1977 – yes like “Marque Moon”), The Brian Jonestown Massacre, Parquet Courts, Japanese Breakfast, and has performed at Pickathon Music Festival 2017, as well as LOSE YR MIND Festival 2018 (alongside LA Witch, Jo Passed, Kyle Craft, etc). 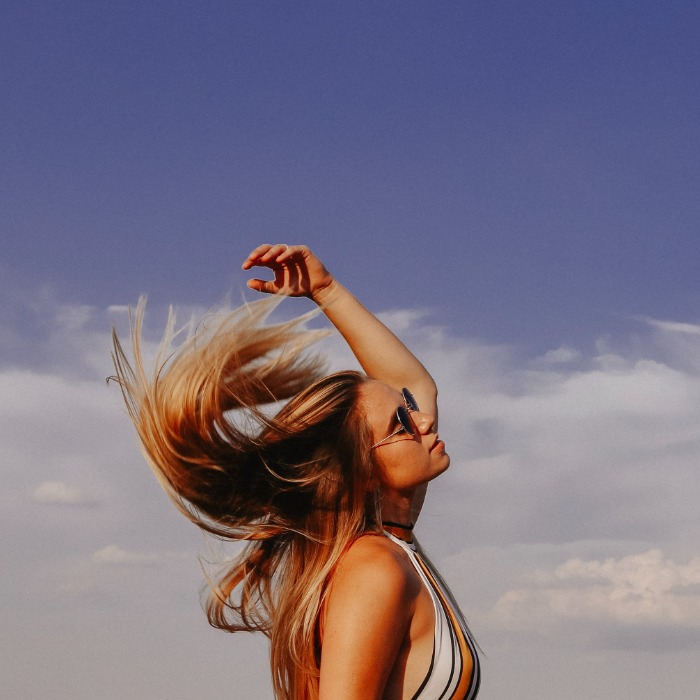 McKenna Esteb’s soulful band is based out of Boise, ID (backed by Andrew Chumich, Ieke Goodwin and Darren Henry). Her funk/rock sound is reminiscent of powerhouse singers like Winehouse and Adele. Her music is influenced by her experiences with relationships, anxieties, love and loss. She hopes her music brings cathartic relief for people going through some shit. Some songs make people want to get up, dance and smash the patriarchy while others may make people cry in the shower. There is no in between.

With a lot of new projects in the works, her debut EP Moving (On) comes out in September. The tunes in Moving (On) deal with heartbreak, growth, facing fears, and picking up and moving cross country. She has multiple music videos coming out with this EP and plans on doing a northwest tour with her band in the winter. 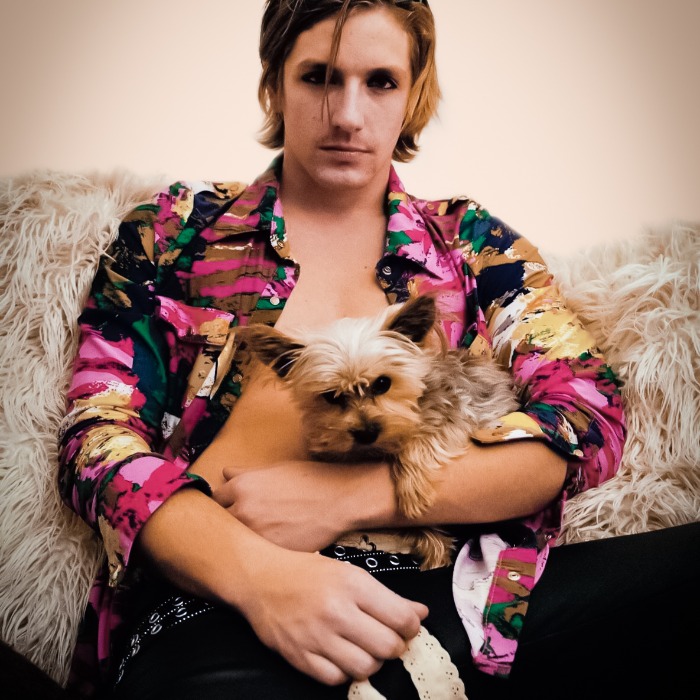 Rhythmic Friction is the solo project of multi-instrumental performer and songwriter Jeremy Kangior. Currently a Boise resident, he has spent recent years throughout the Pacific Northwest honing his craft and finding new sources of inspiration.

His first album Freak Till You Squeak was released in the summer of 2016 which contains elements of house and funk with minimal vocals, and catchy melodies.

Rhythmic Friction often has guest accompaniment from other musicians on stage, and performances are tailored specifically for each show. Live sets include bass, guitar, keys, vocals and drums infused with the danceable nature of electronic. 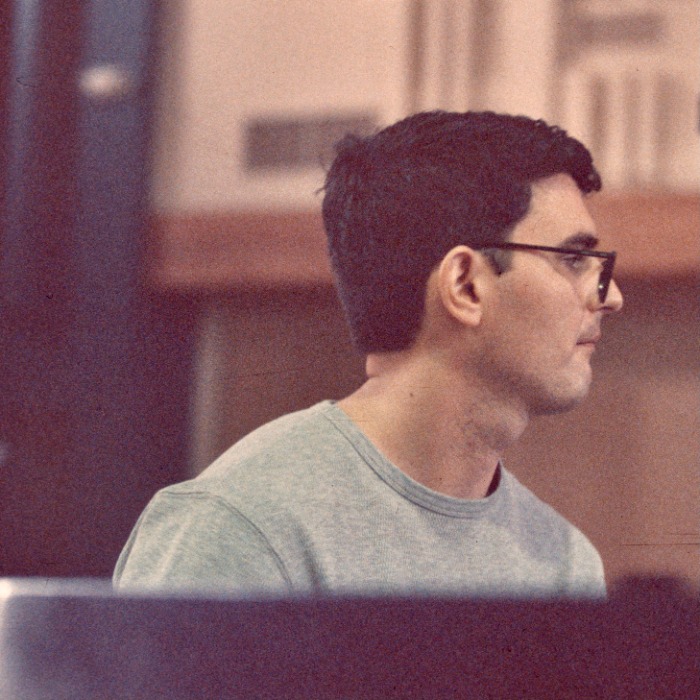 Jeremy Stewart is a captivating pianist based in Boise, Idaho who thrives on live performance. His music has influences of classical, jazz and modern composers such as Yann Tiersen, Ólafur Arnalds, and Jeop Beving.

Jeremy has been playing and gigging for a number of years alongside acts like Foul Weather, Magic Sword, The Boise Philharmonic and The Idaho Shakespeare Festival.

His recent accomplishments include a live video recorded set of original music called Selections from ‘How to Be Lugubrious’ and recently released album Music For An Underwater Journey. 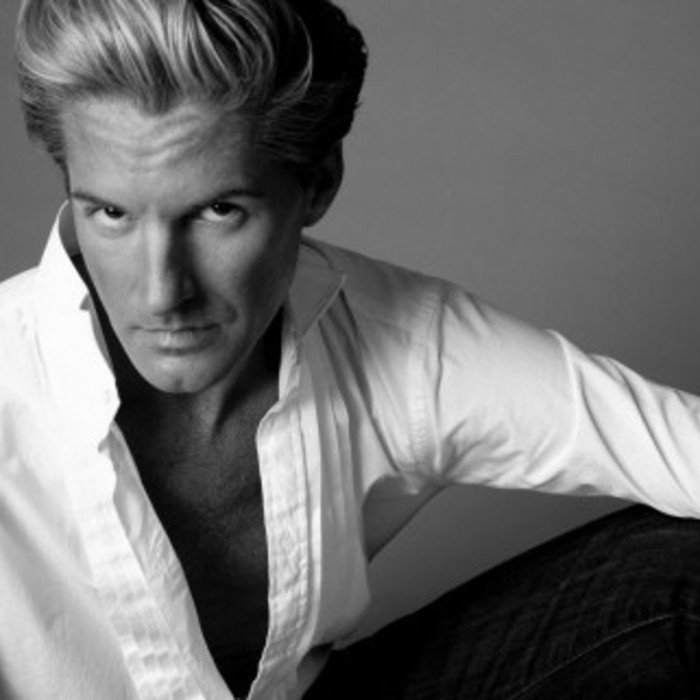 Boise’s own oldest and original house DJ Bodie has been instrumental in creating the local house and techno scene since the late 80’s. He began spinning at private house parties and the original Crazy Horse and was the first DJ hired and to be given residency at the Neurolux. He went on to a successful recording career in Europe as a solo disco artist and as part of the Belgian duo Hustler & Gloss. He has most recently put his roots back in Boise and has been once again featured at Neurolux and at the Red Feather Lounge. His sound is Nudisco Boogie Funk & Rock focused on mostly European, New York and Chicago hits of the late 70’s and early 80’s. He specializes in hand tailored re-edits and broadcasting heartfelt classics of analog to digital sounds unique to that time frame. 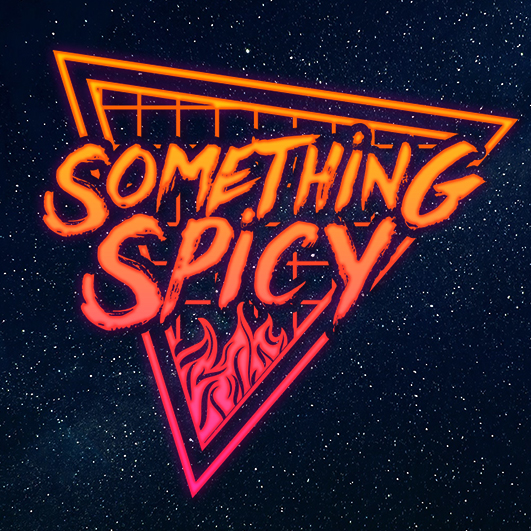 Something Spicy is a DJ duo consisting of two friends. They combine their individual flavors together to create a mix of music guaranteed to cause a spicy tingle on your eardrums.

Just like a jalapeño, Something Spicy will boost your feel-good hormones with their special blend of spices. 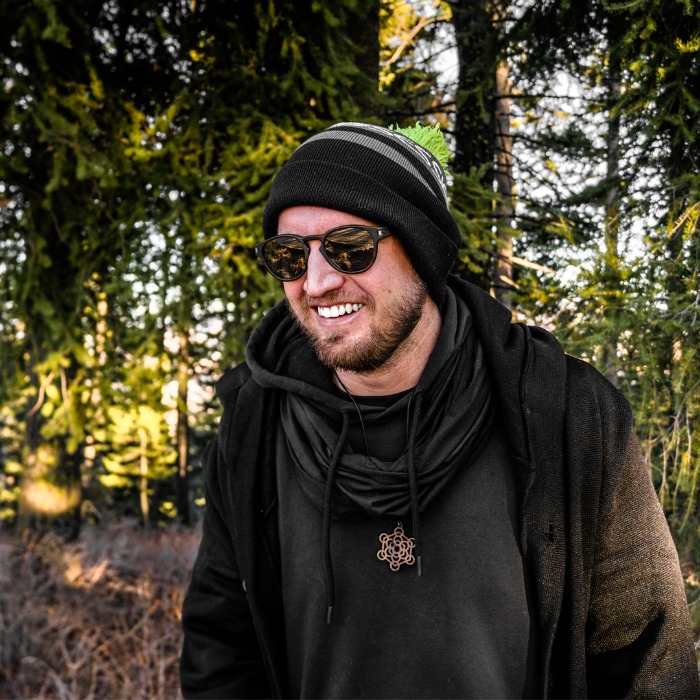 Not long ago, at a silent disco not so far away Kaptain found his calling.

Inspired by Brazilian Bass and booty shaking house beats, he curates a unique mix to uplift and inspire. While he hails from the small town Boise he provides a magnified moment. He constantly gauges the crowd and feeds off his Kaptives’ bursting happiness. This is Kaptain in his truest form.

Needless to say, Kaptain’s effect on the crowd is a defining moment in the night. Bumping in the 120-125 BPM range you’ll hear uncommon tracks with relatable samples that make your ears smile. He engages all ages in a singular collective moment on the dance floor bringing dancetronauts alike together. 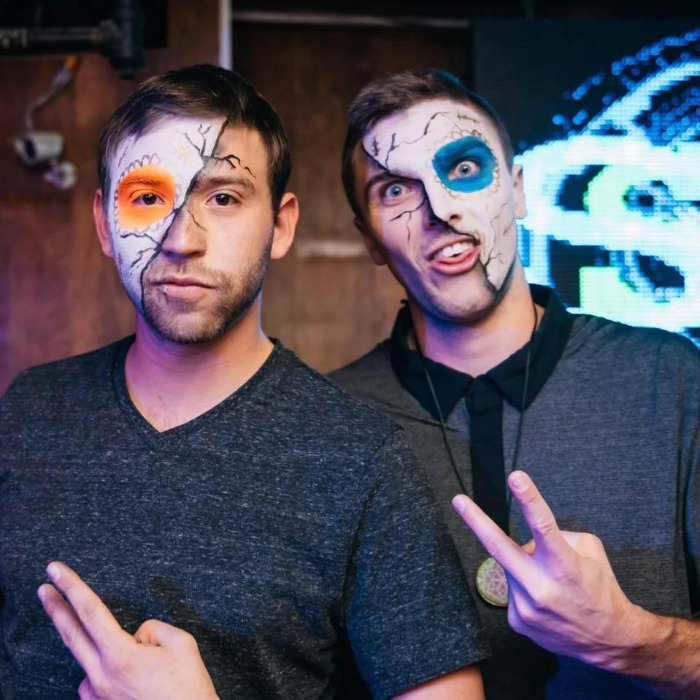 Dose Amigos is composed of Jose Prado and Spencer Schumacher who are both Point Blank Music School graduates with an emphasis on sound design and arrangement respectively. Their energy, musical skill set, and creativity are all apparent through their music productions and their live performances.

With a hybrid electronic and live performance, Dose Amigos are more than the typical DJ’s. The Amigos are pure fun.

Their debut EP Dosin released in 2018 exemplifies the duo’s diversity in dance music by combining dance music genres such as: Deep House, Tech House, Bass House, and Brazilian Bass. A blend of electronic dance music that pushes the boundaries of multiple house genres.

Don’t wait! Get your tix!