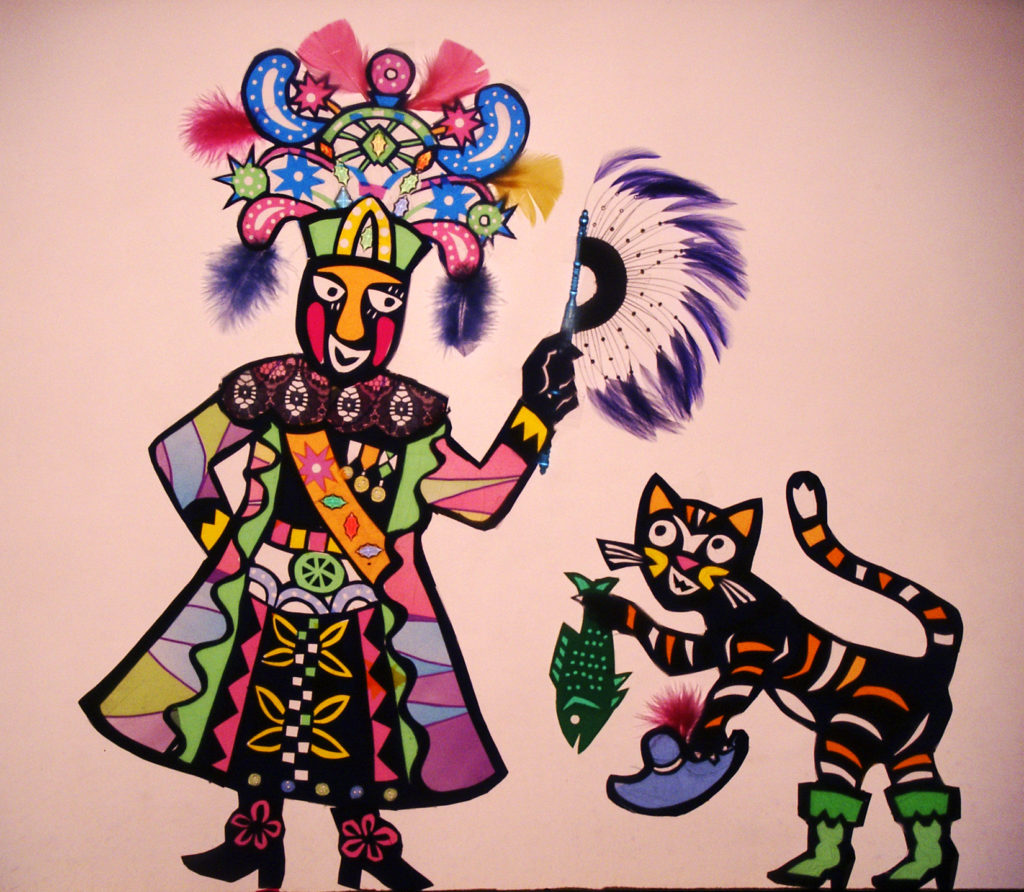 The ethnic diversity and rich musical traditions of New Orleans and the Louisiana bayous are the background for Oregon Shadow Theatre’s adaptation of the classic French fairytale. Antoine, the miller’s son, inherits Puss the remarkable talking cat. The two set out on a journey to impress the great King Calypso and the Princess, Sweet Emma. Soon Antoine is wrestling an alligator and Puss has to match wits with the shape changing Swamp Ogre. Colorful shadow puppets inspired by Mardi Gras’ outrageous parade costumes along with live Zydeco and Cajun music give spicy flavor to this production.

The Oregon Shadow Theatre is a Portland based company specializing in the art of shadow puppetry. Their award-winning shadow plays have toured the United States and Canada, including performances at the Smithsonian Institution in Washington, D.C., the Detroit Institute of Art, the Northwest Puppet Center in Seattle, the Center for Puppetry Arts in Atlanta – and at Kidfort in Boise.