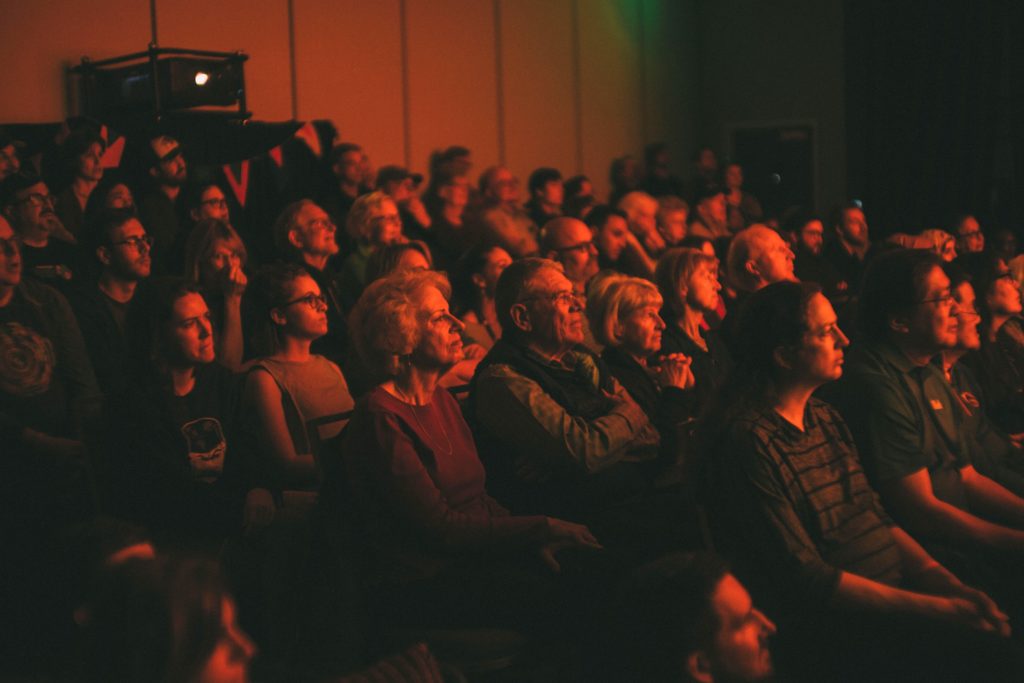 Rest your toes between shows at a film or two during Treefort 10 — Filmfort brings you a diverse selection of screenings and you’ll even have the opportunity to meet the artists in front of and behind the camera!

Enjoy a variety of Filmfort programming Thursday through Saturday of Treefort 10 (March 23-27)! All films listed are making their Idaho premiere at this year’s fest.

Feature length not your vibe? Catch a block of shorts, like Local Gems, which features shorts by Boise artists, or SHORRRRTS 2: BRIGHT, WACKY, & WEIRD, a compilation of strange little films.

All screenings are included in a Treefort Pass but you can sit back, relax and snag a Filmfort Pass to take in as many movies as you can handle.

Get a close-up shot of some of this year’s feature films and short films below.

All events and lineup can be found on the Treefort App.

Jessica lives in fear of a man named Kevin who follows her everywhere she goes in Pete Ohs’ feature film Jethica. While on a road trip, she reconnects with Elena, an old friend she hasn’t seen since high school. Elena has been hiding out at her deceased grandmother’s ranch in New Mexico.

When Kevin mysteriously appears at the ranch, Jessica and Elena seek help from beyond the grave to get rid of him for good. But Kevin is different from other stalkers and won’t move on so easily.

Two mismatched strangers confront their fears of intimacy and inadequacy as they tour low-budget children’s theatre out of a minivan across the frozen Upper Midwest.

WE INTEND TO CAUSE HAVOC

We Intend to Cause Havoc follows the 21st Century formation of WITCH (We Intend To Cause Havoc) Zambia’s most popular rock band of the 1970s, and documents the life of its lead singer, Jagari, whose name is an Africanisation of Mick Jagger’s. Through the resurrection of a music that was forgotten by many and unheard by most, the film explores the life of a former African rock-star, and the excitement around the rediscovery of his music by Western fans, many of whom had yet to be born when his last album was released.

Click here to watch the trailer, and catch a set from We Intend to Cause Havoc this year – yes, they’re playing at Treefort 10!

Street Heroines is an award-winning feature-length documentary that follows three emerging Latina artists from the urban underbellies of New York City, Mexico City, and São Paulo, Brazil as they demonstrate the courage and creativity of women, who despite the lack of recognition, have been an integral part of the graffiti and street art movement since the beginning.

The Event. It’s 2 AM, and Vince just wants to know why.

Otava is a short about an adolescent girl tries to dream about memories of Mother while having to be physically present in the surrounding farm with grandmother.

Ascended masters, new religions, inner earth cities, crystals and lost continents: immerse yourself in the confluence of strange myths and beliefs of the citizens of Mount Shasta, California. Telos or Bust is a pilot for a series about bizarre folklore.