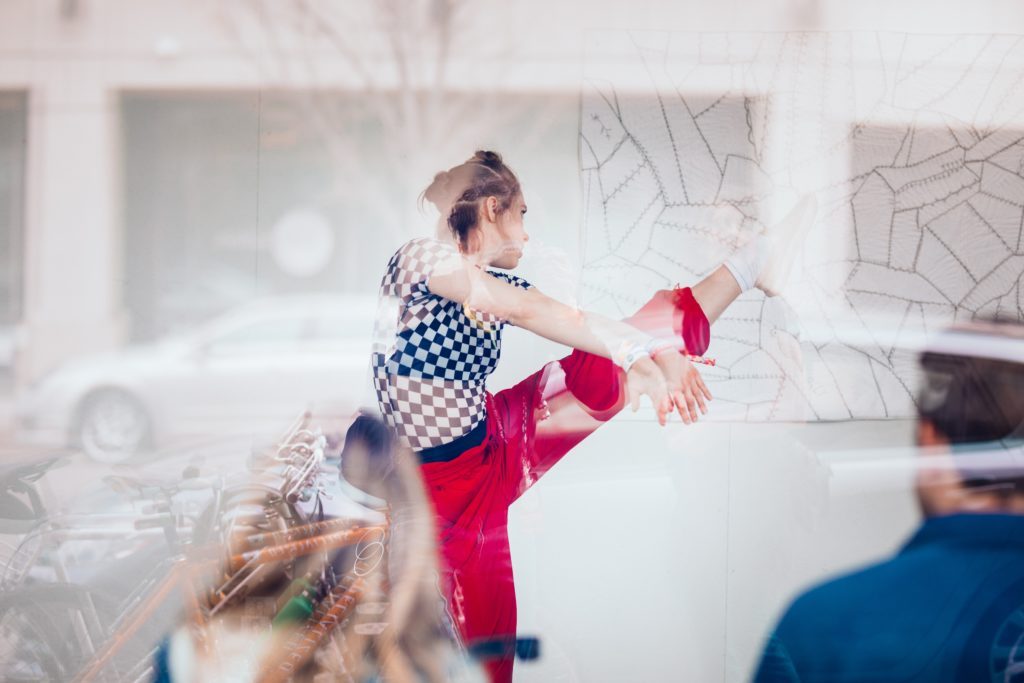 SAD BAR is an immersive dance theatre tour through downtown Boise during Treefort 10.

Created by LA-based dance theatre duo WHYTEBERG, bear witness to performers on a party bike (yes, those party bikes) as they explore a range of relationship scenarios that are both hilarious and heartbreaking. New characters reveal themselves as the bike travels around the city. In a world where Nick Drake replaces Drake, SAD BAR illustrates how a range of sadnesses can feel different when approached as a shared experience within the context of a typically party-centric setting.

Gracie WHYTE and Laura BERG create colorful immersive works for non-traditional spaces, investigating the ways in which humor exists within a given circumstance. The antithesis of stale and passive traditional dance experiences, WHYTEBERG shows feel more like an adventure-filled party, leaning into the free-spirited functionality of unorthodox solutions in order to engage inner playfulness.

Since their inception in 2014, WHYTEBERG has produced, choreographed and performed in a range of immersive works hosted by prominent artists and spaces such as Edward Sharpe and the Magnetic Zeros (LA), Seattle Art Museum, Creatington (LA), Automata Theatre (LA), Photon Factory (Seattle), and Treefort Music Fest (Boise).