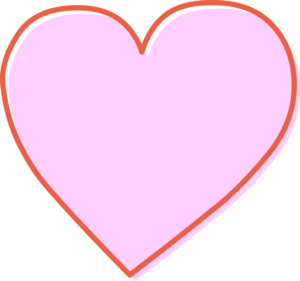 Yesterday was a masked blast under the shining Boise sun! From Dragfort’s Pink Runway to laugh dancing at Wajatta, grooving with Joshy Soul to fitting in films & comedy sets! We’re clocking in over 10k in steps a day and ready to buzz our way into Day 4 of Treefort 9.

Before we dive into today’s festivities, let’s relive yesterday thanks to our amazing Treefort film crew:

We’ve got full on fort activation today, combined with loads of live music and a whole lotta love (and definitely some giant mantises). So, find your masked & vaxxed friends and we’ll see you downtown! Reminder you don’t need at Treefort wristband to attend Alefort, just a COVID Clear wristband.

Pick up your TMF Pre-Check wristband and your Treefort Pass on 12th Street between Main & Grove to get the party started. Don’t forget to check out this year’s Treefort Ready guide for all the info on what to bring, how to get around, and what to eat.

Need help during the fest? The Ranger Station is a great resource.

Dive into all the info here:

Bounce your way to Main Stage* starting at 12:30pm with indie rockers The Still Tide and Chicago six-piece ROOKIE. Celebrate music from all around the world with local group Afrosonics and then get lost in the stories of The Felice Brothers. Later in the evening, sway along with Portland’s Y La Bamba‘s voice before Chong the Nomad‘s unleashes storms of songs. Last but certainly not least, Poolside DJ Set will take you into the night — look for the crew from Boise Circus Guild,

The dreamy, psychedelic tunes at Neurolux are bound to put you in a trance, from the thunderous expressive Zen Mother, to Portland sweeties Self Care. Get swept away by locals Braided Waves, start nodding your head a little to Seattle’s Antonioni, then feel the powerful unfiltered force of Oh, Rose. The party keeps going with beautiful West Coasters Sonny & The Sunsets, noir girl-group Habibi, and Seattle punks The Black Tones.

Get your rock fix at the Linen Building* with bands such as Fake Fruit, Cheekface, and Rosie Tucker.

Head over to the Knitting Factory* for a night of bouncey bass and booty shakes, starting with local project Rhythmic Friction and Surrey-based DJ Khanvict (and if you were at last night’s Adelmann set we know you want more, too!) at 6:10pm. It only gets better with dynamic disco duo Gilligan Moss and badass bass-y goodness from J. Worra!

Try to hit every Treefort venue today….just try it.

Tap into your shakras of Yogafort 2021 and invite in our mantra for this year: “We’re so glad you’re here!” at JUMP* (Lawn) at 10am. Rest your weary bones in a yin yoga class with Marisa Radha Weppner at 10:30am followed by a flow led by Christina Braun at 11:50am. Into the afternoon, there’s kirtan, more flow, and the always epic Dance Commander Experience with Celeste Bolin.

Make sure to catch Yogafort musicians Clinton Patterson at Pengilly’s Saloon and East Forest at Sanctuary*!

There are a ton of events happening 10am-6:45pm at Boise Centre* such as Magic of the Bands, a panel on a career in cyber, a game building workshop, and a discussion on understanding electronic warfare. You won’t want to miss the talk on 3D and spatial audio, or the digital hybrid gaming panel.

Are you a femme that plays games? There’s a gathering just for you at Spacebar Arcade at 3pm just for you. Celebrate the epic Hackfort 2021 events with the closing party at Trailhead at 4:30pm.

Anne Padilla (Licensed Master Social Worker and Mental Health Coordinator at Boise Hive) discusses in a Q&A format with the Boise Hive Mental Health team and musicians how the pandemic has impacted musician’s mental health and offers strategies for us all as we collectively deal with the effects – join us for this conversation at Boise Centre* at 10:30am.

Later in the morning, learn from an experienced panel how to prepare the various aspects of your album’s release at 11:30am and reimagine a more sustainable and equitable music industry as we re-build at 12:30pm.

Hugh Acheson will prepare Chili Colorado and discuss techniques while in the kitchen at JUMP* (Share Studio) at 10:30am. Stick around to learn what to look for when foraging and what you can create in your kitchen with what you find during a panel discussion at noon.

Check out the The Table Rock podcast, a meeting place for Treasure Valley food friends, at Boise Centre* at 1pm.

Have you ever wondered how to become a travel writer? If so, this generative workshop at Guru Donuts* at 10:30am will help you write about your journeys and adventures, past and future. There are sweet literature and poetry events until 4pm!

Ghost & Projectors will perform at Cherie Buckner-Webb Park* at noon, followed by a reading by Willy Vlautin, a performance by Odd Hours Theater, a poetry reading by Lyd Havens, Rise Collins, and K Lange. Ending the night are Idaho Commission on the Arts artist-in-residence Malia Collins and CMarie Fuhrman.

Poet Adam Davis and special musical guests bring a fascinating discussing of music’s influence on poetry and vice versa at FireFusion Studio* at noon. Stick around for a reading by Storyfort contest winners and a performance by Migration Theory.

There will be a variety of short films playing at Boise Contemporary Theater* (Loft) at 11am, followed by another round of shorts at 1pm and 5pm. The Saturday night headliner of Filmfort is Strawberry Mansion, which tells the story of a world where the government records and taxes dreams, playing at 7pm.

Learn more about a tiny grassroots team led by a married couple with a newborn and almost no political experience in Reclaim Idaho, directed by Laura Wing-Kamoosi, playing at The Flicks* at 1pm. At 3pm, watch as two scientists come into possession of their recently-deceased professor’s set of cassette tapes in A Black Rift Begins to Yawn, directed by Matthew Wade.

Bring your kiddos for a day full of fun 12-5:30pm at Kidfort*! Color your own Kidfort tee, get interactive with visual art, listen to children artist Belinda Bowler, learn how to dance with Ballet Folklorico Mexico Lindo and so much more!

Dragfort is thrilled to team up with Storyfort and Kidfort to bring back Drag Queen Story Hour at the Owyhee* at noon, followed by a conversation about queer community building at 1pm.

Bring on the glitter, sequins and pasties as some of Boise’s drag and Burlesque superstars light up the stage at The Balcony at 8pm and 10pm for the Eleganza Extravaganza. Then dance the night away with Not That Jennifer at 11:30pm!

Calling all enthusiasts and wannabes! Come and get your jaw dropped, head spun and inspiration appetite fed with skills exposition to live music at Rhode Skates Park* at 4pm.

You may remember the hit show, We Do Keanu, where Brett Badostain and Dylan Haas went through Keanu Reeves’ filmography. Well, after they climbed that mountain, they decided to keep going in a new direction, so they’re going through John Carpenter movies with their new show, CHEW BUBBLEGUM AND KICK ASS. This time they’re joined by new co-host and frequent We Do Keanu guest, Tucker Battrell, at the Boise Centre* at 2pm. If you can’t get enough comedy podcast, Stand By Your Band will have a live episode at The Owyhee* at 5pm.

There will be comedy at Main Stage*! Lady Bizness will hit the stage at 7pm followed by Irene Tu at 8:15pm.

Stop by FireFusion Studio* and The Owyhee* for two comedy showcases starting at 7pm.

Opening a new chapter in her performance career, dancer, vocalist and co-director of live Flamenco group Shimi Tree, Estefanía Laishi, joins forces with award winning choreographer and Artistic Director of Flamencos United, Antonio El Pipa (Jerez, Spain) at LED* at 5pm. There will be a few performances from Ballet Idaho later in the evening at 6:30pm and 7:40pm.

See all band additions & cancellations here and ICYMI The Marías are unable to perform on tonight, luckily our dance party pals Poolside are swooping in to do a DJ Set! Download the Treefort App for all up-to-date schedules.