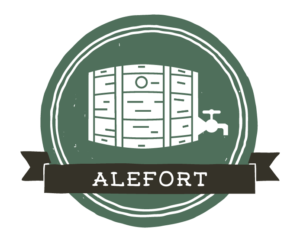 The Wild & Funky Bar is one of SIX beer bars featured at Alefort 2019.

The Wild & Funky Bar is a collaboration between Alefort and three world-class producers of traditionally soured beer: Barbarian, New Belgium, and Firestone Walker. It is our attempt to remind us all of why we fell in love with sour beer in the first place – all of the Wild & Funky flavors! Not just sour. Together, we devised the Wild Flavor Wheel, a tasting tool that visually represents our favorite sour beer flavors and loosely pairs them with the traditional method that produces them.

The Wild & Funky Bar will feature the wide spectrum of crazy flavors that can come from the process of wild fermentation. Being able to recognize those flavors can create an appreciation for sours that goes beyond puckered lips. Don’t have a sophisticated sniffer? No worries, Alefort is breaking down participating beers by flavor profile so you can easily identify that hint of wild red squirrel musk (no squirrels were harmed in making these beers).

WHAT IS SOUR BEER?

Beers that are fermented by ‘wild’ yeast and/or bacteria are commonly referred to as ‘Sour Beers’. People have been making beer for thousands of years. Back then, it was all ‘sour’. We didn’t care, we were just grateful for the beer. One thousand-ish year ago we started putting hops in our beer to make it taste less sour. One hundred and fifty-ish years ago we figured out how to isolate pure yeasts cultures, meaning no beer needed to be sour anymore. After that, sour beers quickly faded from our shared beer memory, falling into total obscurity. The American beer drinker didn’t know it ever existed. Ten-ish years ago, historic sour beer styles were a growing curiosity to brewers, and trendy among those in the beer know. We were captivated by the complexity and nuance of the forgotten flavors of mixed fermentations. Who knew beer could taste like that? Now you can buy mass-produced sour beer at the gas station…go figure!

For the most part, these sour beers ARE Sour. In an attempt to simplify and mass produce these beers, many of them are ONLY sour. These simple sour beers are a triumph of industrialization and a real pleasure for passive drinking, but the complexity and nuance that results from traditional sour beer production is gone.

What was an almost forgotten style, the sour beer, has surged to the forefront again as breweries rediscover what is old to make it new again – THE WILD & FUNKY. The earliest fermentation began wild, where microscopic critters floated out of the sky into waiting vessels of a tea featuring the most abundant cereal grain your corner of the globe had to offer. Within a day, this tea would be bubbling like crazy and taste weird, but compelling, and make you feel kinda warm and bubbly. So naturally, brewers took all this wildness and tamed it by culturing, barrel aging, and blending.

Together with Barbarian, New Belgium, and Firestone Walker, we devised the Wild Flavor Wheel, a tasting tool that visually represents our favorite sour beer flavors and loosely pairs them with the traditional method that produces them.

Like, you know, how sour is it? The sensation ranges from the quenching tickle of acidity to enamel stripping pucker. Perceived sourness is mostly the result of acid, the by-product bacteria.

This is the catchall for flavors associated the most notorious wild yeast family, Brettanomyces. Common descriptors include farmy, pineapple, cut hay, barnyard, tropical fruit, and sweaty horse blanket (in a good way).

You know what citrus taste like! These types of familiar flavors are the result of complex mixed culture ferments.

Everything from ripe raspberry to old banana – these are flavors that come from the interplay of wild yeast and bacteria in a mixed culture fermentation. Also, sometimes brewers just put straight fruit in there.

The most singularly important technique characteristic of traditional sour beer production is the use of oak as a fermentation vessel. Foremost, the grain and pores of the wood act as a home for the dynamic polyculture of friendly microbes necessary for complex & flavorful ferments. Sometimes, especially in the U.S., our extra barrel-derived flavors like bourbon, wine, or oak show up too.

Alefort is free and open to the public (21+). Beer tastes better with tunes so snag a Treefort Pass if you haven’t already!