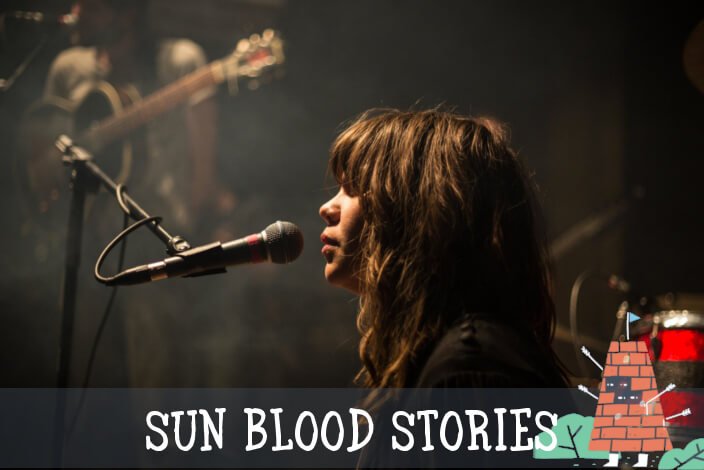 “Sun Blood Stories craft a witchy concoction of brooding drone-rock…[SBS] brings such great musicianship to this record, and it sounds amazing, so go listen to it and support independent artists.” – Killing Sasquatch

“Idaho has given birth to possibly one of the best rock bands I have had the pleasure of listening to in a long time, the hypnotic drums followed up by the heavy riffs and pure shriek of the guitar will take you on a lucid journey through the 60′s and 70′s. These guys seriously shred..” – Ponsharden Collective

“Later that night, a mesmerizing set of psychedelic noise from Boise’s own Sun Blood Stories brought the Water Cooler close to capacity, with a slew of guest musicians joining in for the band’s finale…they layered their splintering and soulful voices over the spaced-out barrage of noise coming from the band. The result was extraordinary to witness up close, and it’s impossible to imagine anyone in attendance leaving the venue unmoved by the staggering passion that poured off of that cramped stage.” – Portland Mercury (during Treefort Music Fest)

Prepare yourself for the emotional moments caught in Sun Blood Stories web by listening to Twilight Midnight Morning below and don’t miss their hypnotic live performance at Cameo Gallery at 9:00pm ET on 10/14 for the Boise & Friends official CMJ showcase. It’s always better with your friends, so invite them. You can snag $8 tickets in advance here or pay $10 at the door.