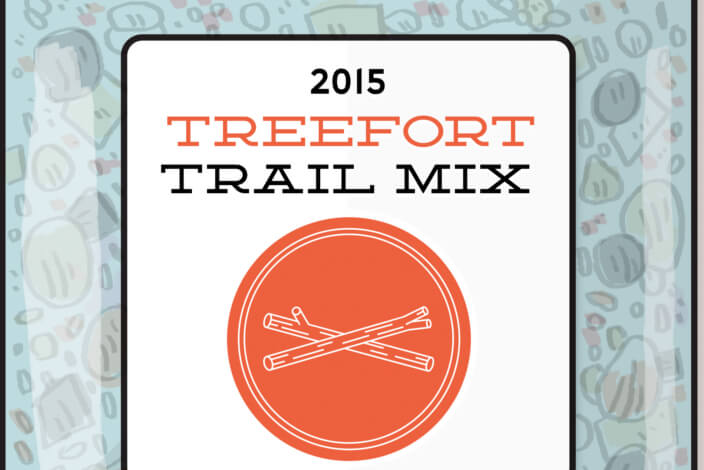 Get yourself into listening shape with The 2015 Treefort Trail Mix + tide yourself over until Treefort 2016!

We’re excited to announce we have once again paired up with our pals at Generous to bring to you the 2015 Treefort Trail Mix! You can be the hit of every party from now until Treefort 2016 — download the kick ass 60-song compilation that’s jam packed with over four hours of music from bands playing at Treefort. Based on a pay-what-you-want scale, all proceeds benefit the kiddos at Boise Rock School Scholarship Fund so they can keep on rockin’.

Other ways to get in listening shape —

Check out the Treefort Music Fest 2015 and All Ages Preview Soundcloud playlists.

Additionally, a bunch of fans and bands have also created their own playlists on Spotify, simply search Treefort 2015 and get lost in the tunes! We reccomend starting with Treefort 2015 artist The Dirty Moog’s playlist.

Get out there and get listening…Treefort is almost here!