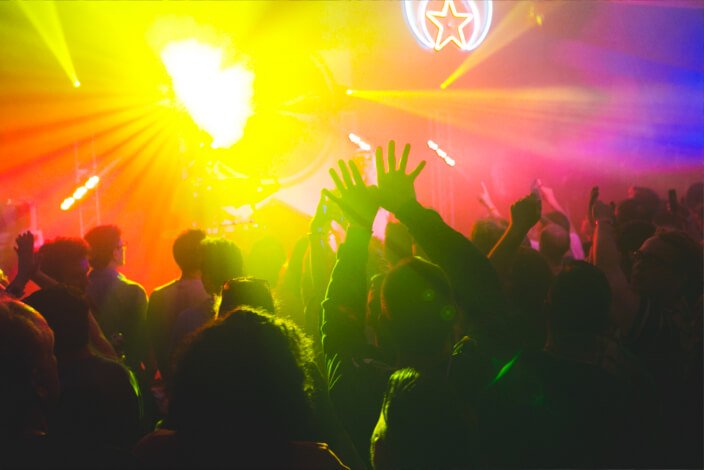 Day 3! Get your brain grooving, your body moving, and the laughter flowing with Hackfort, Yogafort, and Comedyfort. Main Stage is opening along with Alefort!

Ways to stay in the know and up-to-date (or up-to-the moment)!

Box Office opens up at Main Stage along with the Treefort General Store – your hub for all festival merchandise.

Food Trucks are firing up and Fawn and Foal are rolling out the press; be sure to grab one of their designs or the winner of the T-Shirt Design Contest!

Tumbleweed rocknrollers Finn Riggins are kicking off the Main Stage party followed by indie-rocker pioneers Built to Spill, they’ll be playing all of our old favorites along with songs off their new album. Take a listen to the song on Bed.’s profile, that alone is reason to catch them at El Korah. Humpin Hannah’s is going hard with Hobosexual and fresh off a recording session with Paul Simon, Delicate Steve will be shredding at El Korah. Catch resident dark-folk doom duo Wolvserpent at Linen Building, make sure to wear your tight tight pants to the Dirty Moogs intergalactic dance party at Neurolux, and take in Caddywhompus‘ wall of guitar amps paired with polyrhythmic drum patterns at The Knitting Factory. Catch the rays of Cool Ghouls “psychedelic sunshine” at The Bouquet, electro-pop group Beat Connection at The Reef, and the smokey R&B vocals of Shaprece at The Reef. Magic Sword will be invoking goodness with their heroic sci-fi ballads at the Rose Room.

SECOND CHANCES! Check out the secret shows, day parties, and second-chances to see your favorite again or stumble upon a new one.

Gems From the Forts!

Over the past 3 years, Alefort has represented over a dozen local breweries and craft beer stores by featuring everything from small, limited batches of specialty brews to a brewery’s mainstay beers. We’ve crammed even more goodness in this year! Check the lineup for tastings, kombucharies, cideries, a Mayoral tasting, and a whole lot more! Alefort taps off with: Firkin Friday (Simultaneous Tapping of Ten Firkins) Presented by The Ram, Bier:Thirty, & Bittercreek Alehouse. ++The brand new Beer-Posium at Trailhead today 2-7pm!

Keynote Speaker: Emily Wells A Treefort headliner, Emily is a performer, producer, singer and composer known for her varied use of classical and modern instrumentation as well as her deft approach to live sampling at shows.

++ Wanna catch a taste of #Hackfort2, try out their 7-minute quickies or hop on in a panel and discover more.

Funny Bunny
Gene spends his days canvassing about childhood obesity. One day he canvasses Titty, an emotionally-arrested 19-year-old who has successfully sued his own father to win back a large inheritance and gotten himself disowned in the process. Gene discovers that Titty has an ongoing online relationship with the beautiful but reclusive Ginger, who is an animal activist. Gene convinces Titty to make a pilgrimage to meet Ginger where the two men form a close bond despite both of them being drawn to the enigmatic Ginger, who is in need of rescue. Followed by Q&A with Director Alison Bagnall

Yogafort, a three-day celebration of the collaboration of music and movement during Boise’s annual Treefort Music Fest, returns for it’s third and biggest year of down-dogs and dancing. Yogafort features renowned instructors and performers from the international yoga community including Micheline Berry, DJ Drez, and Marti Nikko, plus unique class collaborations with national Treefort artists such as Emily Wells and conceptual pairings of top Idaho instructors with local musicians and DJs. Kick off Yogafort with – The Journey of Consciousness This class is an invitation to discover the sacred where you are now, rather than overcome your humanity. For the most experienced to brand new, come find your yoga.

New this year, we are pleased to announce the creation of Kidfort! Located within multiple locations of Treefort Music Fest’s footprint, Kidfort is a creative collection of classes, performances and experiences designed for all those Treefort kiddos. Tonight – Kidfort Roadshow! Made up of theatrical dancers and performers aged 8-10. Kids will perform an 80s new wave  show with live music by the local band, Popsicle.

Get your nightly LOL moments! Liquid Lounge will host the laughs, chuckles, and snorts! Give your legs a break and kick back for four nights of touring and local comedians.