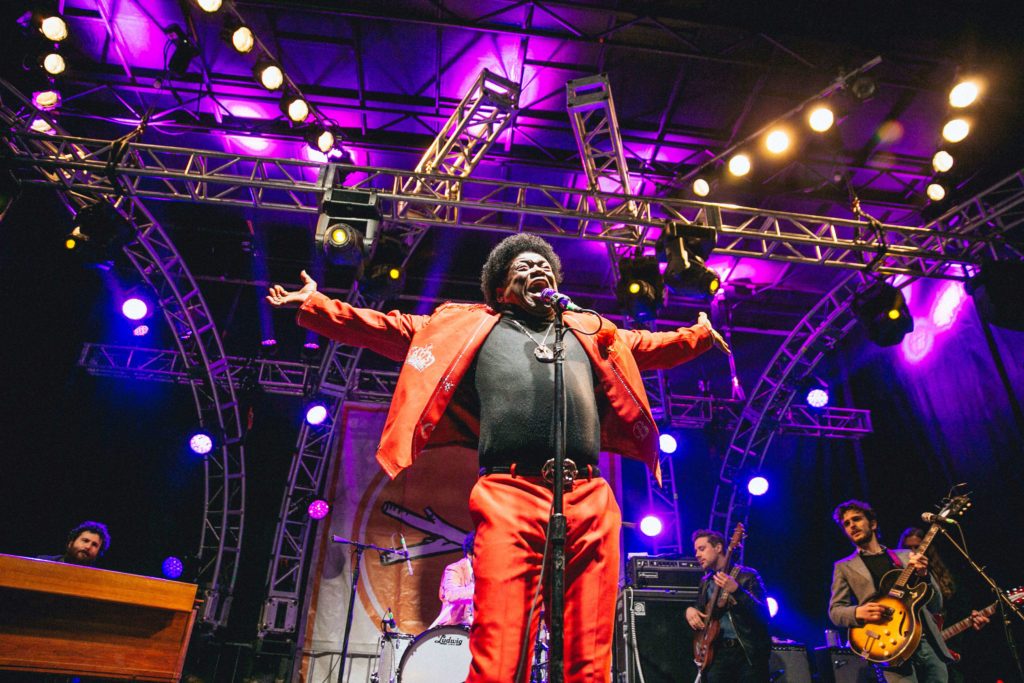 We’re still in awe over the Charles Bradley & His Extraordinaires performance last night! So excited to start a full day of sun, music and forts! Stop by Ranger Station if you need any guidance!!

Who lasted long enough to see Street Fever smash his keyboard and the surprise secret Magic Sword appearance at Mardi Gras? Well, we hope you got some rest because music starts at 1 PM at Main Stage with Americana rock-country artist Jeff Crosby & the Refugees followed by the beautiful songs of Esme Patterson and Georgia quartet New Madrid. Radiation City will get you dancing with their sci-fi pop and eight-piece touring enterprise San Fermin will serenade you. White Denim is going to get the party really popping and Treefort besties Yacht will once again convert us to their ways. New venue for 2016, Basque Center opens with the rootsy Idyltime, the high spirited dance tunes of Hokum Hi Flyers will get you on your feet and hollerin’ at the rafters followed by Mexican a 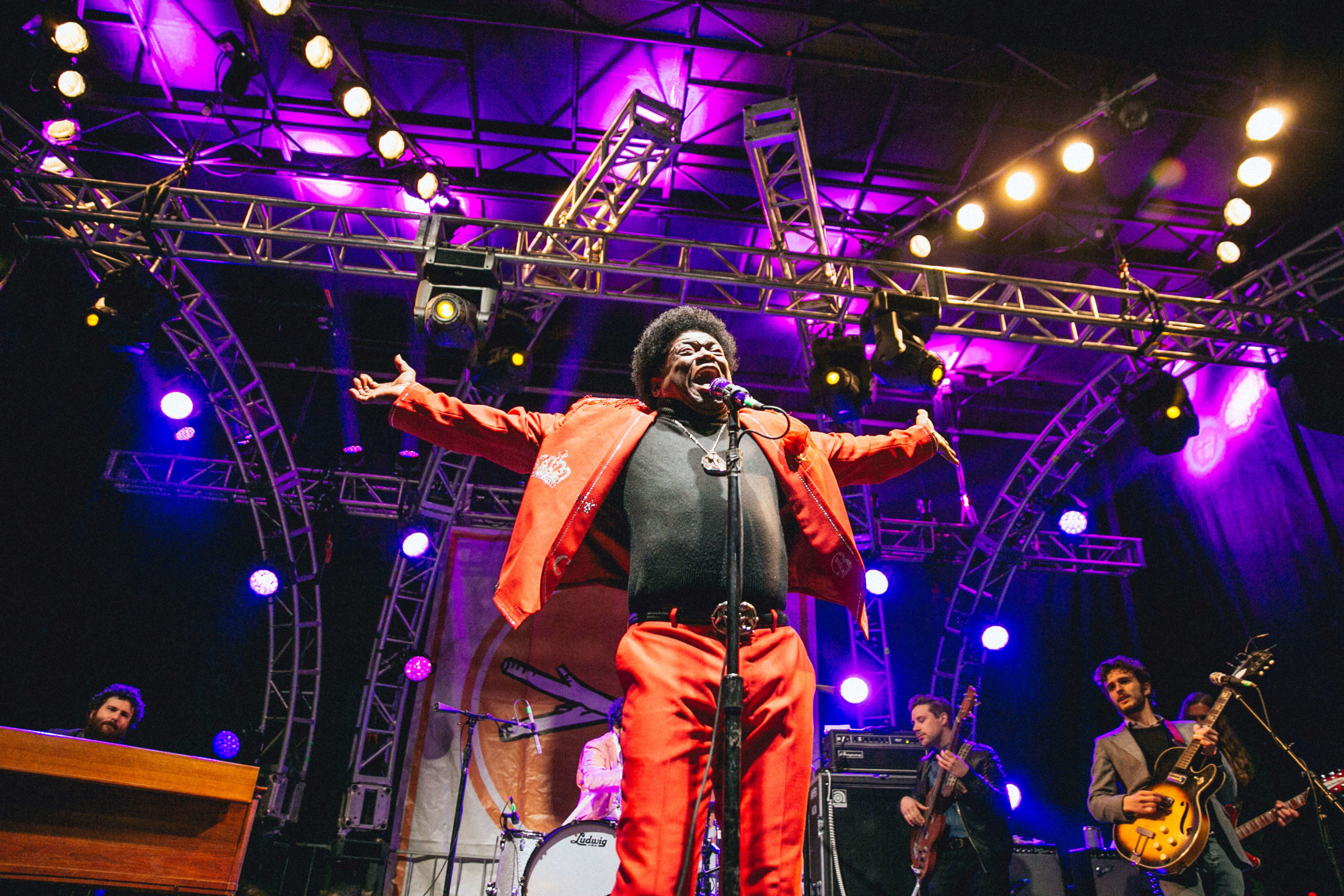 **Direct your body to Band Dialogue outside of Mian Stage at 4:30pm for a massive, epic live orchestrated performance from multiple Treefort bands.

Treefort is known for bringing emerging bands, but we also aim make sure that the artists can grow to their full potential. Music Industry panels kick-off at The Owyhee at noon with a panel discussing how to grow your audience and the first 15 people entering get a free bloody mary.

While you’re snacking on the delectable local eats make sure you head to the back of the tent in The Hideout to see Guy Hand’s panel on Food Photography (1pm) and catch the dance performances in between panels.

Meet former male escort turned deli owner Salam Kahil in The Sandwich Nazi. His passions include feeding the homeless and talking about blow jobs. Follow that up with Havana Motor Club, an adrenaline rush of a documentary set in Havana’s underground street race scene. Finish your day off with Crocodile Gennadiy. A doc about a Ukrainian man taking kids off the streets and getting them off drugs.

While software dominates the tech world, we need hardware to interact with the physical world. This year we’ve got a fun selection of projects suitable for hackers 12 and up: mini amplifier, electric kalimba, Pico-Paso noise box and Voice of Saturn synthesizer. Each participant will select, build, test, play and keep a project of their choice. Even if you’ve never soldered before, our team of expert builders will provide training and guidance.

Bring the mini Treeforters over to the Kidfort teepee for David Bowie Makeovers, Create a Dada inspired Pin to wear and add your part to the giant unicorn.

Shred over for Skatefort, in front of Modern. Featuring a mix of skate and music events it is sure to be a good time. ++ Grindline the Band will be performing (they’re also the team who is building Rhodes Skatepark)

With Yogafort’s popularity growing year by year, it’s highly advised to take a break from venue-hopping and get take a minute to participate in Boom Box Body Keg Lift Workout w/ Dirk + Jackson and DJ Dusty C, a booze + fitness collab that won’t give you a beer belly, at Woodland Empire at 11am.  Get in touch with your inner mind, body and soul and join Dana Menlove at Rose Room for Walking Meditation (5:15pm).

– Don’t forget to pick up your Treefort V souvenirs at the General Store, located inside the Owyhee….everything is in small quantities so snag it up now, while you can!
– It’s Springtime in Boise, so pack for all weather and bring layers!

– THE MOTH AND THE FLAME is no longer able to join us in the fort.