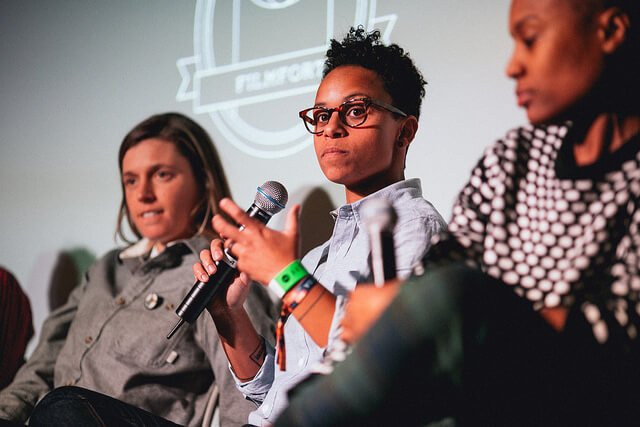 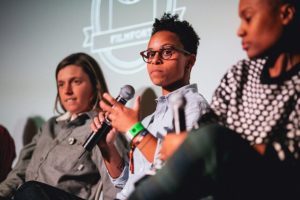 We are thrilled to bring back a series of panels designed to help artists and other music industry folks push their careers forward. This year’s panels will take place on Saturday, March 26th at the Owyhee — second floor, Ballroom A.

Grow Your Audience: Practical Approaches To Developing an Artist’s Fanbase

2016 presents artists with countless ways to expand their reach and connect with new fans. This panel brings together experts with backgrounds in online media, artist management, streaming, internet marketing, user experience research, and partnership development for a conversation about practical tactics artists can employ to grow their audience.

Zeke Howard
Zeke Howard is a band manager, drummer and partner at The Brigade, a Portland-based digital agency that works with brands like Spotify, Nike, Bose, and BitTorrent. He manages Glacial Pace recording artists, Mimicking Birds, and spent a decade in Love as Laughter before moving back west and joining Helvetia.

Kyle Bylin
Kyle Bylin is a user researcher and trade journalist, who specializes in music streaming services and consumer behavior trends. He is the author of “Promised Land: Youth Culture, Disruptive Startups, and the Social Music Revolution,” a book that chronicles how disruptive startups and digital youth reshaped the music industry and created a musical utopia for today’s listeners.

Chris Robbins
After moving from his hometown of Kansas City, MO to Los Angeles, CA for an internship in A&R at Atlantic Records in 2012, Chris Robbins spent the next year and a half tour managing for a number of indie artists. He then moved to Portland, OR in 2014 to work as the label manager for an indie record label while managing artists independently. Chris is currently at Post Hoc Management in Brooklyn, NY assisting on day-to-day management for artists such as The National, Unknown Mortal Orchestra, Youth Lagoon and Perfume Genius.

Moderated by Matt Dalley
Since the festival’s inception, Matt has been involved with Treefort in a variety of capacities, ranging from PR to programming. Currently, Matt works with Duck Club Management, as co-manager of Magic Sword.

How to Get Heard: What Tastemakers Are Looking For In 2016

The music industry is comprised of a variety of tastemakers who are constantly seeking, supporting, and developing new, undiscovered talent. This panel will cover factors that influence how artists can get noticed in 2016 from tastemaking experts who have experience in A&R, artist management, journalism, talent buying, and brand partnerships.

Chris Robbins
After moving from his hometown of Kansas City, MO to Los Angeles, CA for an internship in A&R at Atlantic Records in 2012, Chris Robbins spent the next year and a half tour managing for a number of indie artists. He then moved to Portland, OR in 2014 to work as the label manager for an indie record label while managing artists independently. Chris is currently at Post Hoc Management in Brooklyn, NY assisting on day-to-day management for artists such as The National, Unknown Mortal Orchestra, Youth Lagoon and Perfume Genius.

Philip Cosores
Philip Cosores is Deputy Editor for Consequence of Sound. His writing can also be seen in the Orange County Register, the AV Club, and LA Weekly, and he has been featured with Stereogum, NME, Noisey, Time, and many more. He also works as a freelance photographer. He’s based in Los Angeles.

Evan Johnson
Originally from Minnesota, Evan Johnson moved to attend Seattle University and graduated in 2013. He has been a talent buyer at Neumos and Barboza for a year and a half and has recently joined Capitol Hill Block Party’s programming team. Prior to this, Johnson’s worked at KEXP, Bumbershoot, The Rendezvous, and more.

Jared Mees
Jared Mees is the co-founder of Tender Loving Empire as well as Generous. He’s stoked on things that get people stoked such as ruckus gatherings, science museums, solar eclipses and progressive music. He enjoys cooking and hanging out with his wife (and TLE co-founder) Brianne and their daughter July.

Eric Gilbert
Eric Gilbert is co-founder of Treefort and current Festival Director and leads the Music Programming team. He is also co-owner/operator of Duck Club Management which books and promotes music in various venues around Boise year-round as Duck Club Presents, books tours for a growing roster of national touring acts as Duck Club Touring and has begun dabbling in artist management. Gilbert’s roots were laid down through several years of DIY touring with his band Finn Riggins, and organizing underground barn parties and other shows for touring friends.

Moderated by Matt Jones
Matt is a publicist for Terrorbird Media and manager of Alex G, and has several years of experience in music blogging, publicity, artist management, and A&R.

You’ve written and recorded a few songs, you’ve played some great gigs, and you can now boast a multitude of followers on the various social media sites. A&R reps are contacting you and there’s now a deal on the table. What do you do? The goal of this discussion is to walk you through the typical features of a recording contract so that you’ll have a good idea of what to expect when your contract arrives.

Samantha Rhulen is a Partner at Ritholz Levy LLP, one of the leading boutique media, entertainment and fashion law firms in New York City, with offices Los Angeles and Nashville. Her transactional entertainment practice is focused on representing clients in the areas of music, television and new media.  Samantha is experienced in structuring, negotiating and drafting a wide variety of agreements, including recording, publishing, management, producer, manufacturing and distribution, branding, appearance and live performance agreements. Her clients are primarily musicians, songwriters, producers, independent record labels and start-up businesses.

Prior to joining the firm, Samantha was a Senior Associate at a prominent national law firm where she represented a variety of recording artists, writers and producers with respect to all of their activities in the entertainment industry. She was previously a Senior Director of Business & Legal Affairs for Atlantic Records and was also a Staff Attorney at the Legal Aid Society where she represented low-income tenants in housing matters in Harlem.