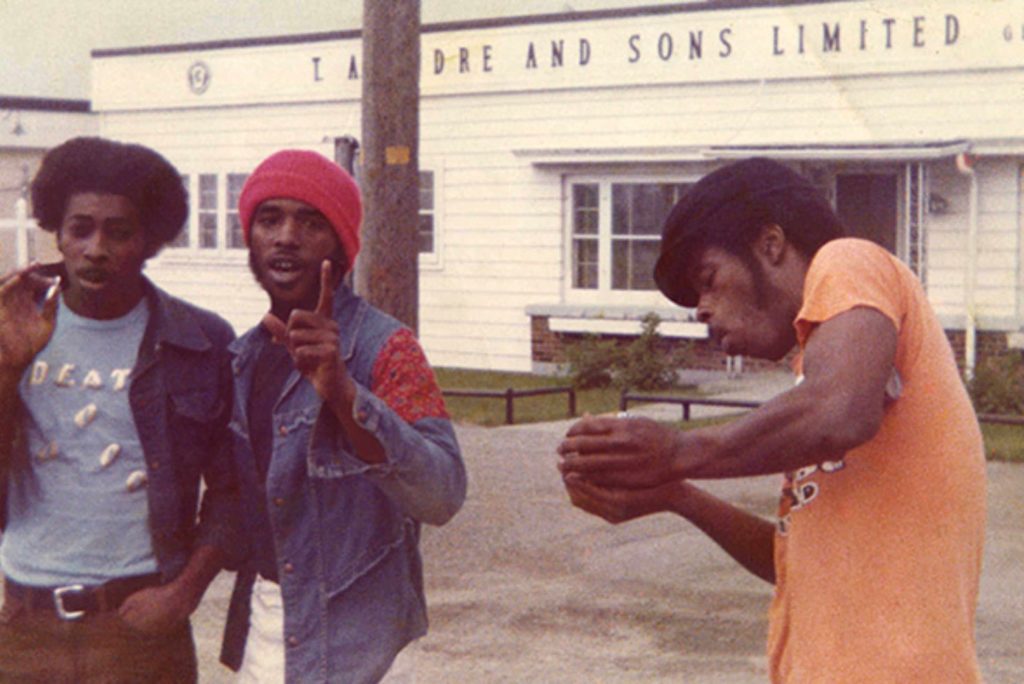 Filmfort 2016 will present some of the best shorts, narrative and documentary films, and filmmakers in international independent cinema this year. Additionally, Filmfort will present Idaho films and filmmakers alongside an array of crossover events with Hackfort and Storyfort. These include panel discussions and workshops featuring the process of story development, screenwriting, music video production and discussions on making films with experts on the scene.

Below is a quick view of Filmfort’s week-long schedule – full details and lineups will be live soon at treefortmusicfest.com/filmfort.

The 4th
> Friday 4:00pm at The Flicks
Hyland stars as Jamie, a broke illustrator behind on his rent who tries to throw a cookout while his overbearing roommate is out of town, but everything seems to go wrong. 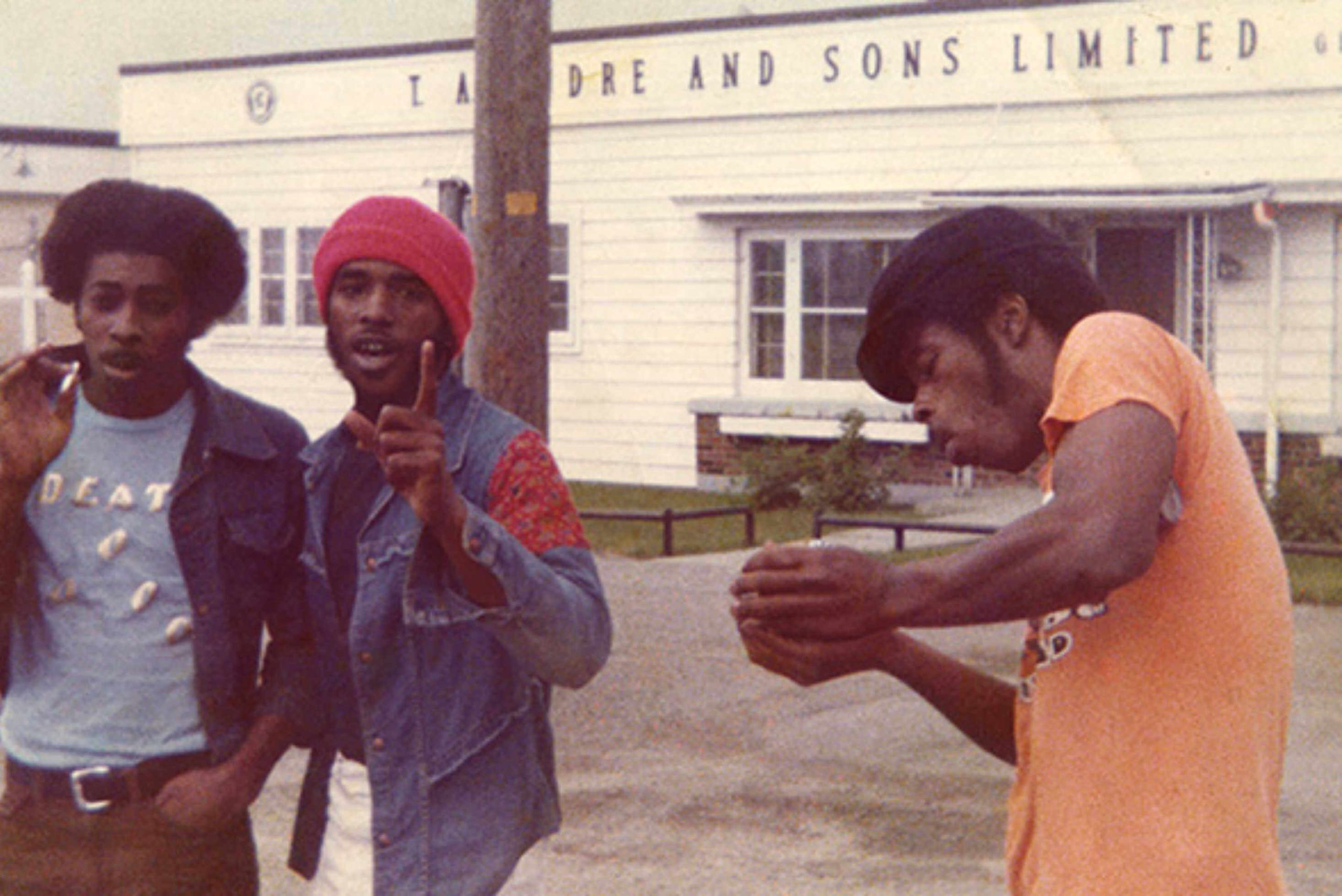 A Band Called Death
> Thursday 4:00pm at Owyhee
The incredible fairy-tale journey of what happened when a dusty 1974 demo tape made its way out of the attic and found a young audience nearly three decades later. Playing music impossibly ahead of its time, Death is now being credited as the first black punk band.

Boardinghouse
> Sunday 6:00pm at Owyhee
((Resurrection Cinema Club)) This cult film from 1982 is considered to be the first theatrical horror movie shot on video. A boarding house, after being shuttered for ten years, is opened up by a man with telekinetic powers. Upon reopening, the house’s supernatural power starts killing off the beautiful women now occupying it.

Crocodile Gennadiy
w/ Lakhwinder
> Saturday 9:30pm at The Flicks
Gennadiy Mokhnenko has made a name for himself by forcibly abducting homeless drug-addicted kids from the streets of Mariupol, Ukraine. As his country leans towards a European Union inclusion, hopes of continued post-Soviet revitalization seem possible. In the meantime, Gennadiy’s center has evolved into a more nebulous institution.

Fursonas
> Sunday 2:00pm at Owyhee
((Resurrection Cinema Club)) This documentary is about the furry fandom – a closely-knit network of people interested in anthropomorphic animals.

God Bless the Child
w/ Winter Hymns
> Thursday 8:00pm at Owyhee
Five siblings, aged one to thirteen, spend a day on their own, uncertain whether this time their depressed and unreliable mother is really gone for good. Harper, the eldest and the only girl, looks after her brothers as she always does, as their day descends into fantasy and chaos.

Havana Motor Club
w/ Pelota
> Saturday 7:00pm at The Flicks
((Cuban Doc Block)) Directed and produced by Bent-Jorgen Perlmutt, who will be in attendance, a personal, character-driven story about Cuba’s vibrant community of underground drag racers and their quest to hold Cuba’s first official car race since shortly after the 1959 Revolution.

Idaho’s Forgotten War
> Wednesday 4:00pm at Owyhee
Profiling the courage and faith of 67 Idaho Kootenai people and the extraordinary Kootenai woman, Amy Trice, who declared war on the United States government in 1974 to save her people. Robbed of their lands, culture, and hunting rights, the Kootenai people moved from place to place within a small isolated town called Bonners Ferry, Idaho. Far away from a way of life that no longer existed, the Kootenai people faced complete annihilation.

In Transit
> Friday 9:00pm at The Flicks
Journey into the hearts and minds of everyday passengers aboard Amtrak’s Empire Builder, the busiest long-distance train route in America. Captured in the tradition of Direct Cinema, the film unfolds as a series of interconnected vignettes, ranging from overheard conversations to moments of deep intimacy, in which passengers share their fears, hopes and dreams. In the space between stations, where ‘real life’ is suspended, we are swept into a fleeting community that transcends normal barriers, and where a peculiar atmosphere of contemplation and community develops. To some passengers, the train is flight and salvation, to others it is reckoning and loss. But for all, it is a place for personal reflection and connecting with others they may otherwise never know.

Janis: Little Girl Blue
> Friday 7:00pm at The Flicks
Feature documentary featuring archival footage and interviews highlighting the life and career of singer-songwriter Janis Joplin, from her musical rise in the 1960s to her battle with alcohol and heroin addiction.

The Power of Glove (Sneak Preview)
w/ Plena Stellarum
> Wednesday 8:00pm at Owyhee
A documentary that chronicles the history and legacy of the Power Glove, a 1989 Nintendo controller that promised to forever change the way humankind interacted with technology. Originally released by Mattel, the Power Glove was the first mass-marketed, gesture-based video game controller.  It was designed by an eclectic team of hard-working and bright-eyed dreamers, and its marketing hype was immense.

Everyone in Between
w/ Genderations
> Thursday 6:00pm at Owyhee
Michael Siebert and Shay Sullivan are two very different individuals with a very common goal: to advocate for truth and justice by helping society come to the realization that gender does not equate to identity.

Genderations
w/ Everyone in Between
> Thursday 6:00pm at Owyhee
A documentary about gender and its role in society. This project is a series of interviews exploring the idea that gender is a social construct that is ever evolving.

Lakhwinder
w/ Crocodile Gennadiy
> Saturday 9:30pm at The Flicks
The Decade of Disappearance, a time in Punjab where over 30,000 people were secretly abducted and murdered by their own government. All that remains of those who were killed is kept close to the hearts of the loved ones they were taken from. For many years no one spoke out for fear of further persecution. With the help of Ensaaf, an organization dedicated to promoting human rights, justice and accountability in India, people today are starting to speak out. Lakhwinder, a man who lost several loved ones, reveals the injustices of the past hoping to bring justice for the future.

Pelota
w/ Havana Motor Club
> Saturday 7:00pm at The Flicks
((Cuban Doc Block)) Directed by Reed Lindsay with additional cinematography by Matt Larson, both Idaho natives.The film reveals how the defection of high-profile Cuban baseball players has grabbed headlines. Others have chosen to stay in Cuba, foregoing millions of dollars in order to play for national pride and love of the game.

Plena Stellarum
w/ The Power of Glove
> Wednesday 8:00pm at Owyhee
An experiment in digital and analogue image and sound, following a specter moving its way through the circuits of a video arcade.

Smoke
w/ Carbon
> Wednesday 6:00pm at Owyhee
The story of a young man and his father, thrust together after a tragic event. It is a story of sin and redemption, of generational inheritance and, for young Vernon, a first step into a discordant world full of both violence and beauty. A world full of smoke.

Winter Hymns
w/ God Bless the Child
> Thursday 8:00pm at The Flicks
Ten-year-old Joshua is spending his winter break at home in the backcountry of Northern Ontario. His dull afternoon is shattered when his volatile older brother Cain shepherds him outside for the day. Killing time before a Christmas party later that night, the boys journey through the countryside looking for adventure and performing reckless antics. While hiking through the woods on their way home, the boys stumble across an empty cottage. Striving to win his older brother’s affection, Joshua breaks into the cottage in search of alcohol. But when things go horribly wrong, Cain is left to pick up the pieces.

Script to Screen
> Saturday 10:00am at Owyhee