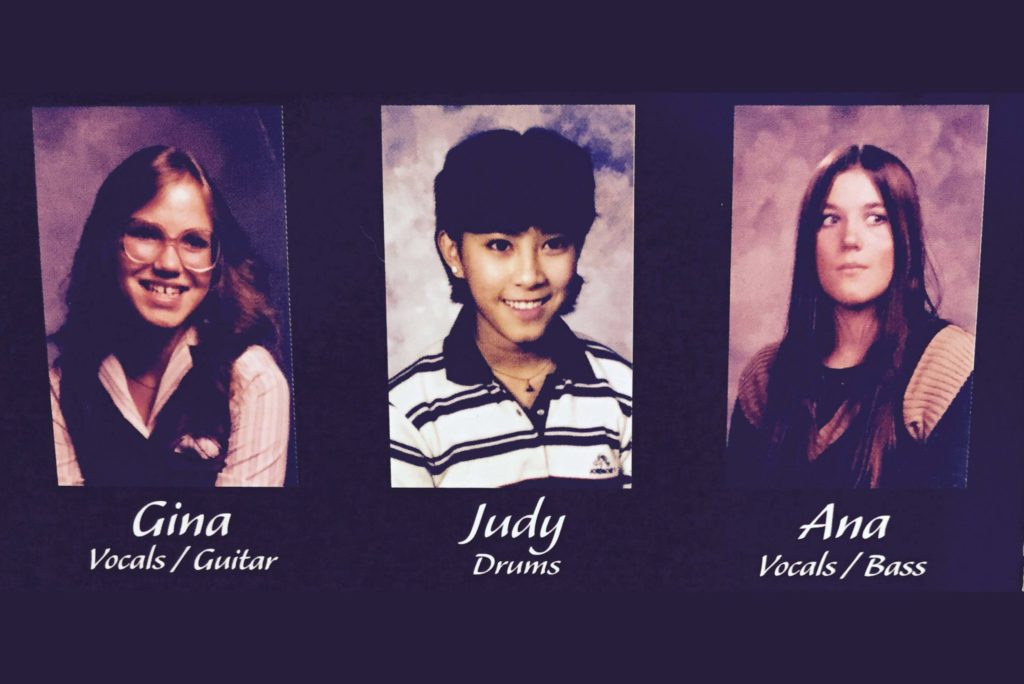 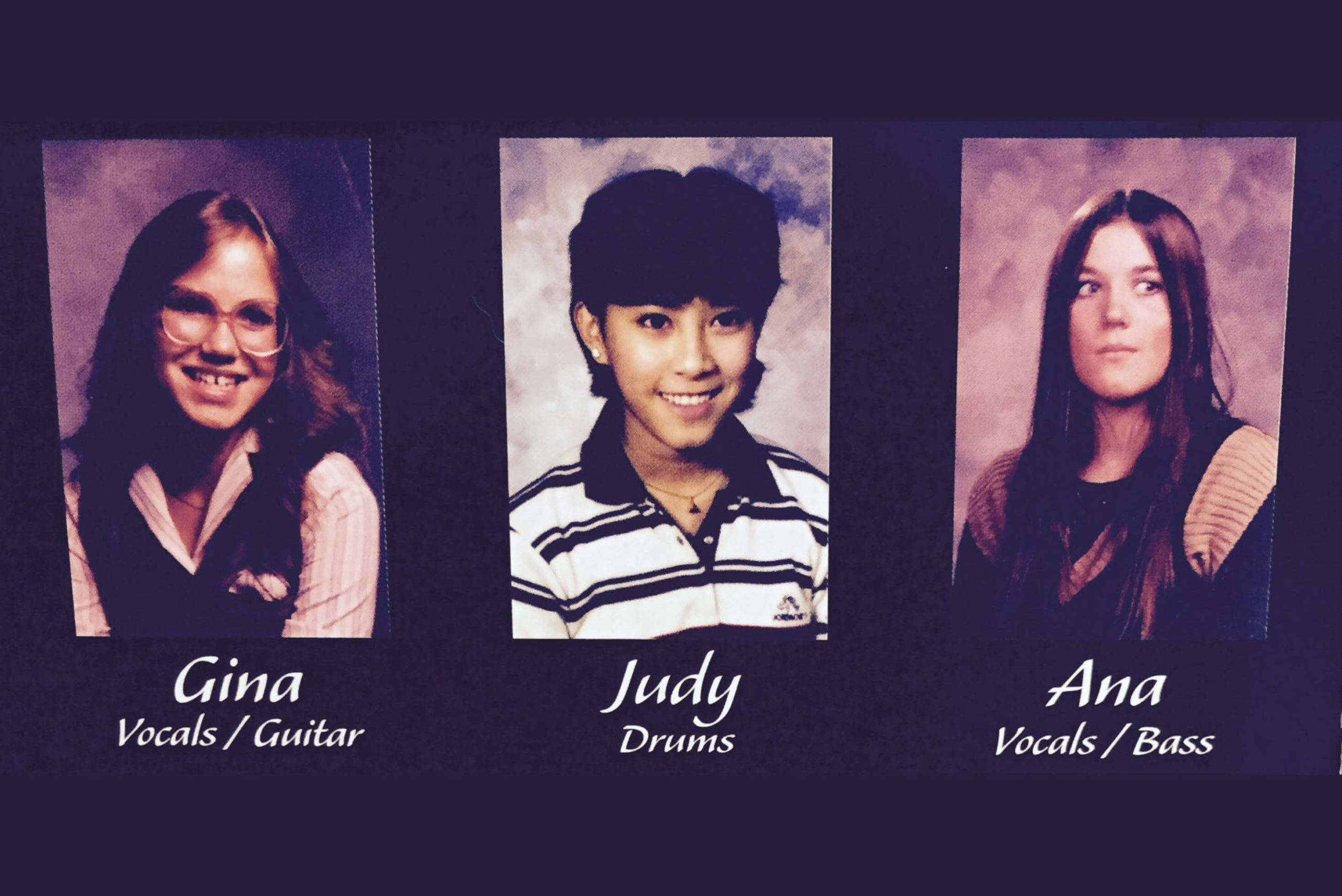 written by Todd Dunnigan, host of History of Boise Rock on Radio Boise

The third installment of the History of Boise Rock Showcase will be happening again this year at El Korah Shrine Wednesday March 23rd and once again we have a great lineup of bands you haven’t seen play together in a long time. For the uninitiated the History of Boise Rock showcase is the result of a year of tracking down band members from Boise bands who have ceased to be, and I beg and cajole them to set differences aside if necessary and put a set together and remember the good times they had back in the day. The last couple years have seen the reformation of bands like Caustic Resin and House of Hoi Polloi for what has always been a spectacular evening of music. This year shall be no different. Here’s a bit about who you will see filtered through my own personal recollections.

The Swiveltones
In my mind The Swiveltones were always synonymous with fun. The Crazy Horse was THE place for the 19 and up crowd (the drinking age in Idaho was 19 in the 80s) and I, like many people, have blurry recollections of dancing ’til we were sore. They were a party band, sure, but they were no slouches in the chops department if you were sober enough to appreciate it. A band that has played together since they were 14 years old develops an ability over time to function as one mind. They are playing the last set at the showcase and surely the room will be bursting open with energy.

Deep Down Trauma Hounds
Full disclosure, I’m in this band so if I have more to say about them it’s only that I know more. DDTHounds formed from the ashes of Methods of Dance. In a case of terrible timing MoD broke up one week before we were to appear at SXSW. We limped through our SXSW set with Michael LaMorte ably filling in for Thom Keithly and on on the way home from Texas, Pete Weaver, Corey Stoutenburg and myself contemplated who we would want to start a new project with. Ned Evett and Christian Koppenhafer were at the top of the list and fortunately they said yes and DDTHounds were born. We played a brand of funk/punk/rock before the Red Hot Chili Peppers became a dirty word and we also enjoyed that bands proclivity for playing naked which once got us banned from Missoula, Montanta. Our mothers were so proud. Since the band has doubled in size (without adding any band members) I promise we will be playing clothed, but the band rocks as hard as ever as every member has continued to hone their skills since we broke up. BTW that breakup happened when we had a new album in the can but no money to put it out. We decided to play a couple of gigs as a fake disco band called $oul Purpo$e which ultimately brought about the demise of the band.

Low Fi
In 2008 or so I was living in Seattle and the band I had up there was looking at going on a tour and we needed a drummer. I decided to call my old friend Mike Rundle to see if he was interested. Over the course of that conversation he hooked me up with a disc of his most recent project which was Low Fi’s Where You Are. Mike didn’t end up doing the tour with us but we must have spun that disc a hundred times in the van on tour. I’m confident that Low Fi will have the same effect on you. A power trio in the Wilco vein but definitely their own thing. Todd Sloan and Josh Gilmore are currently in popular Boise bands New Transit and Lounge on Fire respectively. Find out more here: https://www.sonicbids.com/band/lowfi2/

Doublewide
I am beside myself with joy at the chance to see Doublewide one more time. Formed back in the 90s it features the brother/sister team of Angela Romich and Tom Romich (of Caustic Resin, Tommy Dirtweed fame) They just had one album out but it was fierce blend of punk, sex, blues and all the things that make rock’n’roll great. Angie is a fiery front woman. I remember one show where she took the stage in a pair of overalls that looked like she had just come from working on a car or something. After one song she did this move where she whipped off the overalls and revealed the skin tight cat suit she was wearing underneath. Totally rock’n’roll. Sadly Tom may not be able to make the show because of health reasons and our thoughts will be with him, but Angie is married to Scott Schmaljohn so there is access to great musicians to fill out the lineup and guaranteed this set will RAWK!

Lovey
If you were around the punk/new wave scene in the 80s (yes kids, those styles sprung from the same roots) you were aware of Gina Gregerson. She was a presence at every show and you always saw her up front, dancing in her instantly recognizable way. There aren’t to many people you can say that everybody loves, but everybody loves Gina Gregerson. I was working at Dorsey music in the 90s and she came in to buy a guitar because her and some friends were forming a band, that band turned out to be Dirt Fishermen one of Boise’s most successful and beloved bands. After the Dirt Fishermen, Lovey formed and put out a couple of extremely enjoyable albums of Breeders-ish rock and once opened for the 2nd love of my life Joan Jett. Gina is joined by Anna Fell (Hive) and Judy Wheeler.

Year of the Jet Pack
YotJP were playing synth pop at a time when Depeche Mode, The Human League and Heaven 17 were the only synth pop bands in existence. Seeing this band will be very exciting for a number of reasons but one of them is Tim Johnstone, the much revered DJ at the River. People don’t know this because he would never say this, but Tim is a fantastic singer. Formed in about 1983 with Todd Campopiano, Tim and myself we were doing synthpop before the technology existed to do it well. It could take up to 5 minutes between songs (an eternity in stage time) to reprogram and reset synths. Fortunately technology has made it much easier to play synthpop live. YotJP has had more members than Spinal Tap over the years but this year it will include longtime member and amazing lady about town Leta Neustaedter, Tim and myself. We will be playing a couple of songs in between each of the sets so don’t go out for a smoke break between bands.

Lastly, at the showcase this year instead of putting on whatever cd happens to be nearby for break music between sets, in addition to Year of the Jet Pack I will be DJing strictly Boise rock for your enjoyment. If you have any requests hit up Todd at up at historyofboiserock@gmail.com