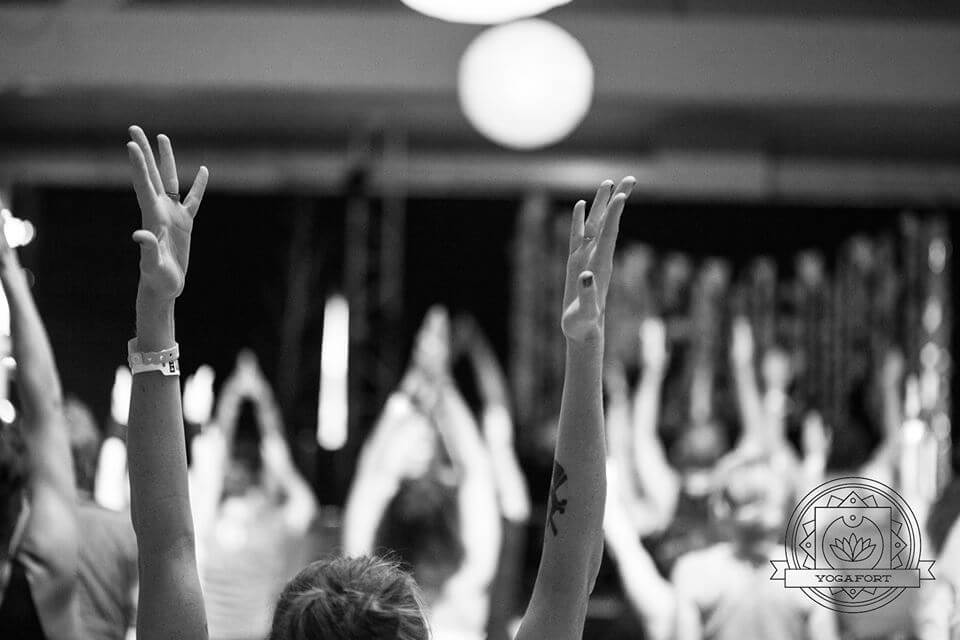 Three was a magic number for Yogafort — in 2015, the mini-fest moved to a larger venue, brought in exciting names from the international yoga community and sold out passes two months in advance. For Yogafort 2016, we’re digging our down-dogs deeper and shaking our sweet asanas even harder!

This year Yogafort will bring in yoga-lovers and yoga-newbies unique collabs with national Treefort artists, renowned performers from near and far, pairing top Idaho instructors alongside groovy artists and DJs. Combined with a variety of dance, fitness classes and of course, yoga, this three-day event to give Treefort goers, the Treasure Valley yoga community, and any diehard yoga fans an opportunity to explore a one of a kind experience!

Headliners for Yogafort 2016 include DJ Drez and Marti Nikko. Back by popular demand for their second straight Yogafort, Drez, a LA producer/turntablist/yoga instructor, and Nikko, a LA singer/songwriter/yoga instructor, will lead Yogafort classes and perform in the evening as part of our main festival music lineup.

We are also thrilled to bring back Indian-American vocalist/instrumentalist Sheela Bringi who performed at Yogafort back in 2014 with David Stringer. She has been exploring the connections between her ancestral and actual homelands her entire life. The talented young musician sings and plays a 36-string harp, the Indian harmonium and bansuri (Indian bamboo flute).

New this year is hang player Masood Ali Khan. Born in London to Muslim Indian parents, Khan is a musician of eclectic qualities and practitioner of yoga for over 25 years with an innate desire to help humanity and be spiritually connected. Khan brings his unique sound and performance to the rapidly growing yoga and devotional music movement by combining the power of the heart and mind’s healing potential to help humanity.

Look for more Yogafort artist and instructor announcements in the coming months, prepare for your spirit to soar in another year of high-vibration awesomeness at Treefort Music Fest by purchasing your Yogafort pass for only $55 and follow Yogafort on Facebook, Twitter and Instagram.