Get pumped for Treefort 2020 at Snowfort, a two-day winter bender at Tamarack Resort in Donnelly, Idaho.

The first ever Snowfort will take place February 28 & 29, 2020 and will feature back-to-back nights of live music, fort activities and the many mountain amenities Tamarack Resort offers, including slopeside lodging, dining, and the resorts new Wildwood Express Chairlift opening this winter.

After shredding the slopes all day, get re-energized on Saturday night with Marco Benevento’s brand of high-octane keyboard wizardry, Portland psych rockers The Shivas, Boise’s The Love Bunch, plus afterparty with Brooke Would.

Snowfort will be all-ages and open to the public with ticketed shows at night. Snowfort tickets are $40 and include all Snowfort shows and events on Friday and Saturday. Kids 6 and under are free. SOLD OUT!! . PLUS all Snowforters can add a full-day Tamarack adult lift ticket for $55 (regularly $75, for ages 18-69) good for Saturday, February 29th.

After establishing a sound on their debut Voyage and establishing an identity with the revelatory Generation, L.A. disco-not-disco duo De Lux took a moment to re-center and come back leaner, sharper, clearer and deeper on their new More Disco Songs About Love. Now that co-founders Sean Guerin and Isaac Franco know how to play and what to say, they’re ready to just get lost in the music. As the band puts it: “We like to say Voyage was our baby, Generation was our baby all grown up and More Disco Songs About Love thinks growing up sucks and just wants to party smart.

The French Tips is a dance punk trio from Boise, Idaho. They met in the Boise punk scene and formed the French Tips to play covers at the local Inaugurate Resistance show in January 2017. They quickly realized their shared love of dance songs that rage and went on to write their debut album “It’s the Tips.” 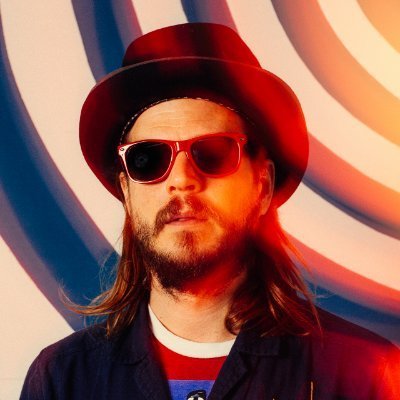 For more than a decade pianist Marco Benevento has been amassing an extensive body of work. His studio albums and live performances set forth a vision that connects the dots in the vast space between LCD Soundsystem and Leon Russell, pulsating with dance rock energy, but with smart, earthy songwriting to match. It has led to numerous high profile appearances, ranging from Carnegie Hall to Pickathon, Mountain Jam to Treefort Music Fest, while headlining shows coast to coast.

The Shivas are a rock and roll band from Portland, Oregon formed in 2006. In the years since forming they have brought their raucous dance party to almost all 50 states, and over 25 countries worldwide, meanwhile releasing five full-length albums and three EPs on labels such as Tender Loving Empire, K, and Burger Records.

The Love Bunch is a surf/garage/punk/doo-wop/good times band from Boise, Idaho.

AFTERPARTY WITH BROOKE WOULD

Tamarack Resort is a four-season mountain resort located on the west shore of Cascade Reservoir, southwest of Donnelly, Idaho, and about 90 miles north of Boise. Tamarack has a lift-served summit elevation of 7,660 feet above sea level on West Mountain (7,672 ft), with a vertical drop of over 2,760 feet. The summit of West Mountain receives an average of 300 inches of snowfall, and snowmaking is available on the lower runs. Steep at the summit but rapidly smoothing out, the terrain for the ski area is rated at 15% novice, 56% intermediate, and 29% advanced. For the cross country skier, over 19 miles of Nordic trails are available.

Housing options in Tamarack are endless, from the Lodge at Osprey Meadows to cottages, chalets, townhouses and estate homes, and all located on the mountain and in the resort. The Lodge has both hotel rooms available and condos for rent. Cottages are more spacious and ideal for larger groups, and includes a fireplace and washer and dryer. Custom chalets and estate homes offer the most space and comfort; the views from these homes are incredible. Each option include numerous extra Lodge amenities, such as a spa, pool area, hot tub, a gym, and various dining options.