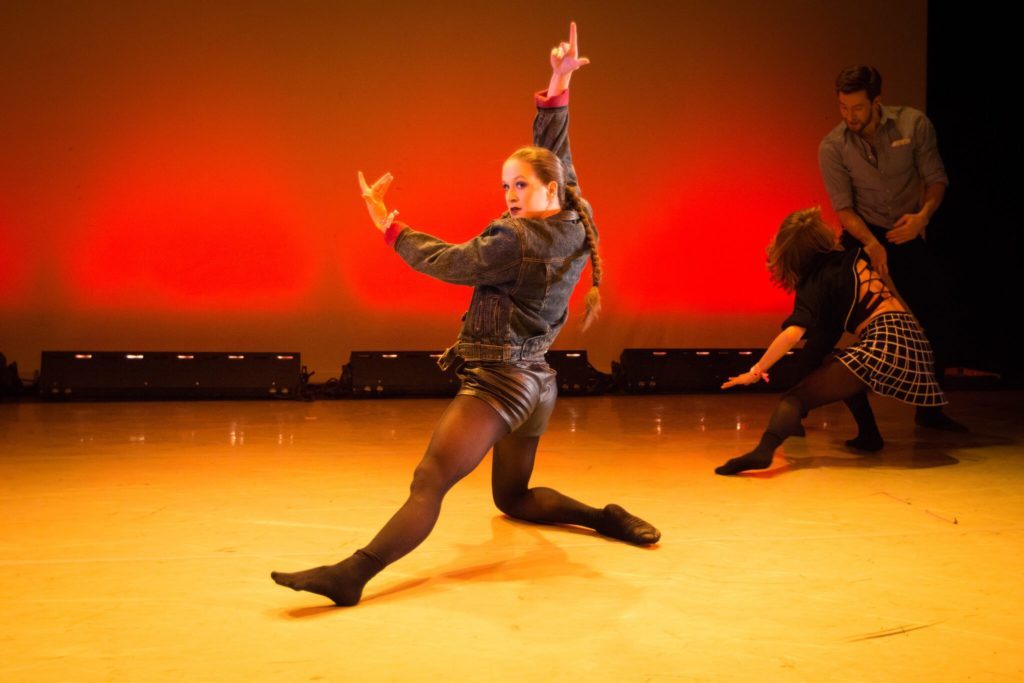 Performing arts at Treefort Music Fest 2018 is where it all shakes down. Experience dancers performing to live, original music or dive into the mind of an artist and discover what the creative process is like.

A 30-minute collaborative ballet featuring the dancers of Ballet Idaho, choreographed by Daniel Ojeda. The backing composition will be played by a full band and string quartet to be announced.

LED is returning to Treefort with a brand new immersive experience. LED performances combine contemporary dance, original music and film into breathtaking cinematic experiences. For Treefort 2018 they will be taking over a Treefort venue for a full evening of intimate, site-specific multimedia performances.

SUITED is a dance work choreographed by Sadi Mosko and Carolyn Silverman featuring original music by Paul Bloom. It was first performed in April 2017 in Barnard College’s Glicker-Milstein Theater in New York City. SUITED explores relationships between organization, chance, and chaos, through the use of playing cards. It investigates how the intermingling of seemingly opposite phenomena shape the world around us. Mosko and Silverman’s resulting dance uses these concepts to explore the perceptions and expectations of femininity inside a divise yet simultaneously inclusive modern world.

Artistic Director of Project Flux Lydia Sakolsky-Basquil will be showcasing a live creative process which the audience can openly view, with the piece being performed at the end of the live process. Project Flux will also organize a series of secret pop up performances.

A ballet created by Ethan Schweitzer-Gaslin will close out Tispur’s live set and feature dancers of Ballet Idaho.

The Odyssey vs Death Rattle: a Ballet

a special crossover event with Storyfort

Local authors Diana Forgione, Alex Yann, and Dig Reeder revisit the tales of The Odyssey to create original works of poetry and fiction which will culminate in a live reading, followed by the performance of three short contemporary ballets based on the work choreographed by Daniel Ojeda of Ballet Idaho, Lydia Sakolsky-Basquil of Project Flux, and independent choreographer Sayoko Knode.

Sayoko Knode’s piece, Clips of Calypso, was a part of Treefort 2017. This year her work will feature dancers from both Idaho Dance Theater and Ballet Idaho — more to be announced!

Callie Ritter is a formerly New York based freelance dancer and choreographer who now lives in Boise. She will be creating and dancing in a work for Treefort featuring live sound design by Michael Spangler. The piece is about growth in the context of humans and machines.

Selby Jenkins, who currently studies at San Francisco Conservatory of Dance, will be showcasing a live creative process where the audience can see her create a work which will be performed later in a series of pop up performances. The project, entitled “Conflict of Interest”, is a dance that is meant to be heavily altered live depending upon its environment.