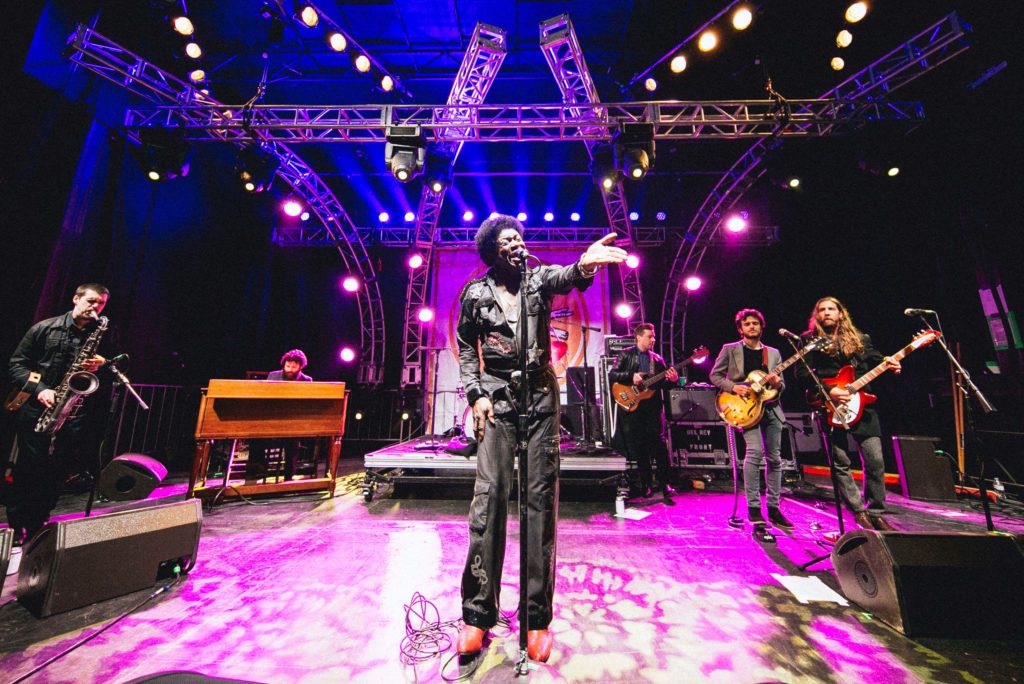 Treefort is coming! Treefort is coming!! That’s right rangers, we’re only 30 weeks away from kicking off the sixth annual Treefort Music Fest in Downtown Boise! And while those 200+ days may seem like in the forever future, it is certainly coming up quickly on the planning side!

Are you ready for some rocknroll to take over Downtown Boise?
We sure are.

Just like Charles Bradley, we decided to switch up our look! As you can see, we have a fresh, fun look for 2017 — Art Director James Lloyd gathered inspiration from various mediums and time capsules to create the new, wild look! Additionally for 2017, we’ve combined our website and app teams to create one supergroup, based right here in beautiful Boise, Idaho.

If your band wants to rock the stage at Treefort 2017, submissions are now open for consideration. In addition to the music category, we’re accepting submissions for films, performance art and makers!

Treefort Music Fest happens each year thanks to the hundreds of volunteers who lend a hand! Want to get involved? We’re looking forward new and familiar faces to help out before and during Treefort 2017.

On FRIDAY, September 9th at 10am MT, all Treefort 2017 wristbands go on sale!

The first wristbands available will be at the absolutely crazy price of only $50*. EARLY BIRD tickets sell extremely quickly (within minutes) and are designed as a way to say “Thank You” to you, our loyal fans.

Treefort is all about exploring various music and art, stumbling upon and discovering your new favorite band, and we want to reward those who come to the festival to explore with a specially priced DISCOVERY PASS — a 5-Day General Admission wristband at the stellar price of $145*. This price level is time-sensitive (until the first artist announcement) and trusting us to continue to bring you the freshest in emerging artists!

For Treefort fans who are under 21, we’ve designed a limited quantity of U21 PASSES just for you! Same as the General Admission wristband, but at a price of $89* which reflects our dedication to getting younger fans into as many shows as possible — more than half of our venues are all ages.

LOCALS ONLY SALE If you live within the Boise area, you can snag a special LOCALS PASS for only $129* at The Record Exchange on Saturday, September, 10th during their regular business hours.

Click here for more information on all pass options, including a full breakdown of the ZIPLINE PASS and more. Also, don’t forget to create/edit your Eventbrite account so you can quickly snag passes on Friday 9/9!

*the prices listed above do not include any ticketing fees or taxes.

While the festival ended over four months ago, we’ve already been experiencing some serious anticipation for what’s to come in our sixth year. Luckily, we discovered a cure: this hot hot 2016 recap video will take you back into the crowd and hold you over…at least for a little while longer!