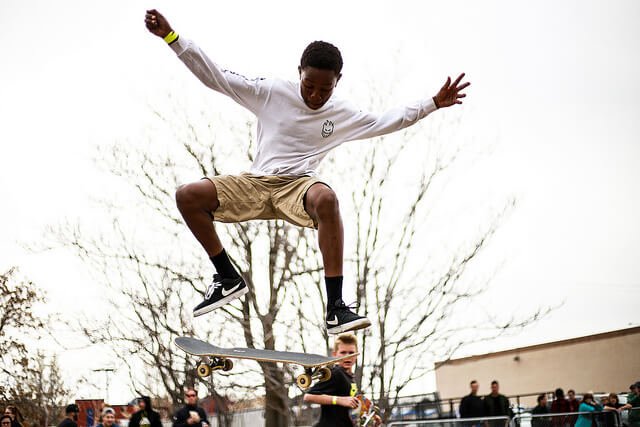 There’s no end to the possibilities and opportunities here at Treefort.

Not only are there a variety of forts from film to food , but also many additional activities! From special fort events and art displays to mini-forts and exclusive showcases, make sure to check these out:

Skatefort is a celebration of skateboarding, music and community. Skateboarding and music have always gone hand in hand and our goal is to bring people together at a world class skatepark to celebrate our creativity. Everyone is invited to come skate the park together while listening to some amazing music. Throughout the day we will be handing out product to people pushing themselves, being creative on a skateboard and projecting a supportive environment. We will also host a demo with pro skaters from Lifeblood Skateboards featuring Kevin Kowalski, Cody Lockwood and Mason Merlino as well as others.

Skatefort is run by Boise Skateboard Association and Boise’s Parks & Recreation. Their goal is to improve the lives of Boiseans by advocating for youth and at-risk youth to enjoy the healthy activity of skateboarding in safe and accessible environments.

Yogafort isn’t the only place you can test your physical capabilities at Treefort this year. Meet Strengthfort! In a cozy space hemmed in by white picket fence on 12th south of Grove, you’ll be able to wile away doing things like swinging a hammer to ring a bell, winning the silver medal at the 1896 Summer Olympics (or hoisting a dumbbell that would have nearly been good enough to do that, anyway) and testing your mettle against petrified potatoes ranging from adorably wee to bigly yuge.

Treefort 2017 will premiere the first ever Treefort Gallery. These fun, creative displays will be open to the public and will feature local and regional artists’ works each day.

This is the third year of the famous Treefort Amateur Dance Battle and we’re shaking things up a bit. The battle will be led by the Dance Commander (Celeste Bolin) and James Sharp with Dready Rojo and special guests CoreVette & Khoa Nguyen. This event is open to the public and we expect full audience participation. Anyone over the age of 18 is welcome to enter! 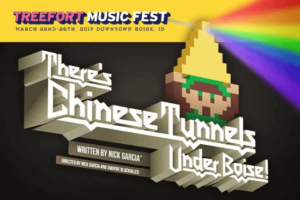 August 29, 1987. It’s late summer and John and Dwayne, two 19-year-old metal-heads, are cooped up in Dwayne’s mother’s basement in Boise’s pre-gentrified North End neighborhood. The Western Idaho Fair has just opened the night prior, and the video game “The Legend of Zelda” has just been released (Dwayne has already collected five fragments of the Triforce of Wisdom). His unrequited high school heartthrob, Lina, is supposed to come by tonight, though she’s put him off her entire trip home from cooler-than-Boise Seattle. Can Dwayne get John out of the house before she shows up? Or will John convince Dwayne to come out to Wizzard’s with him? And will Lina actually show up? Are there actually Chinese tunnels under Boise? And what the f#&%’s up with that record player? Join us for a journey not unlike the game of Zelda, where our friends might just enter the underbelly of Boise, and collect a few fragments of wisdom for themselves. 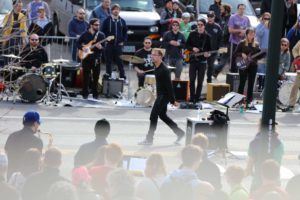 Composed and conducted by Seth Olinsky (Cy Dune), Band Dialogue is a massive composition, experiment, and conversation that explores the sonics of many bands, stretched out across a space, playing simultaneously, part orchestra, part installation. Continuing in the lineage of large scale guitar and drum events by the likes of NYC composer Rhys Chatham and Osaka noise lords Boredoms, each version is adapted to the site and bands for something totally unique – bands radiate their individual glory while simultaneously expanding into one colossal sound.

Jungo Blizzard is a gargantuan gorilla that will rampage around Treefort like an unchained King Kong in downtown Manhattan. With extremely articulate and life-like extremities, Jungo will provide a highly interactive experience. A total of ten puppeteers make Jungo come to life — see him pound the ground with his massive fists, give colossal high-fives, or just groove to the beat alongside everyone else.

The Colossal Collective is the group of humans that have brought various other large scale puppets to life during Treefort over the years. I mean, who can forget the giant spider (Gertie the Galactic Arachnid) dancing above our heads at Magic Sword at the Main Stage last year?

‘Let’s Make Moves’ is a ballet set to the music of LCD Soundsystem. Get ready for a long night in New York City where seven people, some friends, some strangers, pass each other through the streets and eventually end up at all the same parties. Missed connections are given second chances, but sometimes a second chance isn’t enough. You’ve got thirty seconds to make a lasting impression on someone in a city that moves too quick to get your footing. How do you cope with rejection and loneliness in a place that’s packed to the gills with people? Smoke a cigarette, take a drink, dance till you’ve sweat all that out, and then start all over again. 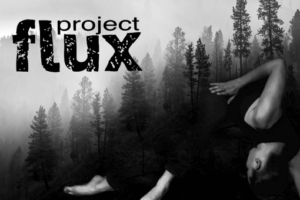 In June 2017, Project Flux is excited to announce it’s newest collaboration with L.A. based WHYTEBERG. Dancers from both Project Flux and WHYTEBERG will come together to create and expand WHYTEBERG’s original work “as occurred, as recalled” to the city of Boise. Dancers from both companies will explore visceral memories, creating a personal reflection of perception. As the audience moves through various scenes, we see the effect of false memory – how consistently revisited moments become obscured from reality.

Sector Seventeen is a group of lab rat misfits who escaped from their captivity in order to bring you a visual feast as often as possible. Using a spray can as a skillet and any wall as a plate, these strange miscreant chefs provide a wide array of flavours that are guaranteed to satisfy even the most advanced palettes. 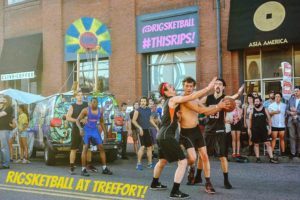 Want to watch musicians take their skills to the streetball court? 3 on 3 metal bands vs. indie rock basketball battles in their stage clothes? Check out bands like Meat Puppets and Y La Bamba defy all that you knew was possible when they try for that off-the-bumper dunk.

Though the public has access to all of these rad activities and events, if you want to guarantee being a part of the festival, you should buy a 5-day Treefort pass. In some cases, Treefort passholders have priority entry into events before the public.

Get your Treefort pass now for $185 (plus fees) here or swing by the Record Exchange!